105 - Naming the Nameless: the Pseudo-Dionysius

Neoplatonism is fused with Christianity by the pseudonymus author known as Dionysius. Peter looks at his Divine Names, a monument to God’s transcendence. 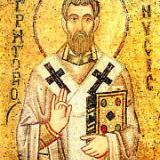 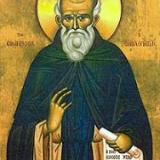 106 - Double or Nothing: Maximus the Confessor

• S. Gersh, From Iamblichus to Eriugena: An Investigation of the Prehistory and Evolution of the Pseudo-Dionysian Tradition (Leiden: 1978).

• F. O’Rourke, Pseudo-Dionysius and the Metaphysics of Aquinas (Leiden: 1992).

• P. Rorem, Pseudo-Dionysius: A Commentary on the Texts and an Introduction to their Influence (Oxford: 1993).

I was curious - did Pseudo-Dionysius influence the islamic doctrine of the 99 names of God?

Basically no, the 99 names are extracted from the Koran itself (the number of 99 being given in a hadith). But there is some possiblity that the way the divine names/attributes are understood in Islamic intellectual history (as opposed to the list of names as such) is influenced by Dionysius. His works were translated into Syriac so they were available in the Semitic language-realm and in fact it's been argued by Cristina D'Ancona that Dionysian influence is detectable in the Arabic versions of other works of Neoplatonism (Plotinus and Proclus).

Some of Dionysius was also translated into Arabic, though rather late, I believe, and I don't know whether it had any influence outside the Arabic-speaking Christian community. See the work of Alexander Treiger on this.

Behind my question is the thought that the conception of divine names serves a similar mystical purpose irrespective of issues of transmission or influence in a horizontal sense between traditions.

You twice made the mistake of saying that one of Ps-Dionysius' Epistles was (allegedly) written to the Apostle Paul in exile on the island of Patmos. In fact it was the Apostle John who was on Patmos, and it was to him that Epistle 10 was written. I just thought you would like to catch that before making the book version of these lectures.

On a more substantive note, it has been argued that the emanations of God are not in fact created things themselves, but the powers of God that create them, and which also purify, enlighten, and deify them (one of his many triads). These powers somehow emanate from his unknowable essence but ultimately return to it, bringing creatures with them; basically, this is the nature of divine Love. That at least is how the Gregory Palamas interpreted Ps-Dionysius, and the later Byzantine tradition with him. It gets into the essence-energies distinction in theology, which has been a bone of contention between eastern and western Christendom since the 14th century. I hope you'll be able to include an episode on that!

Also, by focusing on the influence of Proclus, many scholars of Dionysius don't do justice to what he got from the Christian tradition. The Cappadocians especially were past masters of apophatic theology, something already implied by your discussion of Basil's polemic against Eunomius.

Oops, sorry -- thanks for the correction. I've made a note for the book version.

I will indeed cover Palamas in due course, I guess he will get his own episode. I actually read a book recently which covered some of what you're talking about: T.T. Tollefson, Activity and Participation in Late Antique and Early Christian Thought. Oxford: Oxford University Press, 2012. I think that Palamas is going beyond what we find in Dionysius, or perhaps it would be fairer to say that the detailed metaphysics of how theophanies work is not as clear in Dionysius as it might be, so people like Palamas come in and make further distinctions?

I would like to echo the first comment in this section re essence and energies: it is vitally important in Patristic theology, and would do away with the pessimism you mentioned in this episode, because, although we cannot know God according to His essence, as far as His energies are concerned, the sky is (not) the limit.

I also wonder whether the differences between Proclus and Pseudo-Dionysius deserve a mention. There is one that is regularly overlooked, at the over-looker’s peril, and that is that Proclus’ divine principle creates by nature, the One kind of eternally “overflows”, whereas the Christian God creates “by will and deliberation”, He can stop and start at will, and what He creates does not have to have His attributes any more than a painting has to have the attributes of the painter. A volcano and an arsonist creating a fire may be another analogy.

The above is the difference Proclus himself grumbles about in his Commentary on Parmenides.

Yes, that distinction you mention between necessary emanation (or eruption!) and willed creation is not just a contrast between Proclus and Dionysius but between pagan Neoplatonism and Christian Platonism in general. It is going to be a major theme as we go through all the medieval traditions, including Byzantine. Just as a side note, the Neoplatonists including Proclus do have various ways of avoiding the charge that the higher principles cause "automatically" or without will. Here the foundational text is Plotinus Enneads VI.8, but Proclus also has interesting things to say about how the emanative causes are exercising providence, and he would I think want to say that the higher principles are "free" in the sense that nothing constrains them (this is also Plotinus' view, albeit that the whole story is more complicated - cf the episode on Plotinus and the One).

Regarding the energeia vs essence issue, I guess the question is whether one considers it pessimistic to be told that we can only know God's energeiai but not His essence. Certainly though that is more optimistic than, say, Plotinus who usually (though not always) makes the One completely beyond our grasp.

Natalia, your sensitivity (I believe by Spirit) to “essence” as applied to Pseudo-Dionysius’ intention is... well... lovely. Indulge me to gush just a bit. Reading your reply brought a wash of what Guyon so preciously pens as, “internal attractions of grace.” This internal stirring of withdrawal she applies to, and concomitantly grounds in, occupation with God’s presence. Truth is, “intellectualizing” meditation, or as the late medieval The Cloud anonymously borrows and re-expresses into “the work of contemplation,” is counterintuitive to developing unitive awareness by “unknowing”; the unscripted unitive awareness intended, “The One” Pseudo-Dionysius reconceptualizes from Proclus’ divine principle, advancing its basic postulate as a kind of reified explication, which you aptly evince. Trust that your lines have weight and heft beyond intellectual deflection from “the work” of meditation. ♥️

PS Q. Do you have a blog or site I can follow?

I wanted to mention how much I like your jokes along the podcast and how well they break-up the content into digestible pieces.

The analogy of pseudo Dionysius’s God to Bayern Munich was so good that it prompted me to visit the website and leave a comment.

Thanks! I had completely forgotten about that one actually. Bayern are looking a little bit less apophatic at the moment sadly.

I was particularly fascinated by this episode.

It reminded me a sort of debate I once had with a fellow student. He was in a debating mood and was desperately in search of a topic we could disagree about... In politics we agreed on almost everything, so it had to be religion. I consider myself a Christian, he an atheist. He more or less knew this already, so he asked me whether I believed in God. I wasn't too keen on debating this subject, because I would end up defending a particular conception of God which I know is not true. So I told him yes, but I don't believe in any God you can imagine or describe – pretty much what Ps-Dionysius says, too. And he offered exactly the criticism (or curious question) you mentioned about Ps-Dionysius: What then is the difference with atheism? At the time, the question took me unprepared, and I simply said I didn't know. Afterwards I thought about it and formulated that for me, the universe has a meaning. Ps-Dionysius's answer to the question makes sense as well.

Second comment: The end of the "Mystical Theology", that even denials have to be denied, reminded me of Nagarjuna's claim that even emptiness is empty (I do think it was Nagarjuna?). Though Nagarjuna seems to be much more radical, since he submits everything to his tetralemma and always concludes that no option is possible, not even "both" or "neither".

Finally, not a comment but a question: According to orthodox theology, Christ is fully God and fully human, and he cumulates both "natures" in one "person". But we definitely have words to describe human beings! Would Ps-Dionysius say we can only describe the human nature of Christ, not the divine one? But if it is the same person? Wouldn't this give us a way to "reach God" in some sense, after all? Does he even mention the subject?

Dionysius on the incarnation

Thanks for this very interesting response! If you liked this episode you will probably also enjoy a lot of later ones, for instance on Maximus Confessor, Eriugena, and English mysticism - Dionysius keeps coming up also in the Byzantine series. The connection to Nagarjuna is also nice; one might also think of a style of negative theology we see in the Islamic world too, where especially Ismaili thinkers have the idea of denying negations.

Re. your last question, that is (as you might imagine) a tricky issue. I'm not sure there is anyplace where Dionysius himself directly addresses that but in the Greek tradition there is certainly the idea that divine nature is un-graspable yet joined to a more graspable human nature. However the Cappadocians bring in the idea that even created things are unknowable in their essence and known only through incidental features, so that even a human person is as such unknowable. This idea has some contemporary resonance in modern Greek theology as we'll be seeing shortly in episode 326. 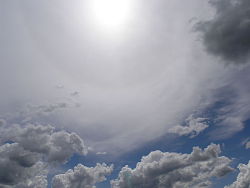