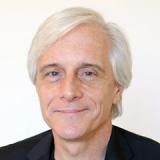 • A. Zamalin, Struggle on their Minds: the Political Thought of African American Resistance (New York: 2017).

Just to here to post that I have been enjoying these series of episodes of 18th/early 19th century Africana Philosophy so far, I would like to thank you and Chike Jeffers for making them  as detailed as possible. I would like for them to be released in two books (Pre-Colonial and Diaspora in 1 book and 20th as another) when they are released :P

P.S interesting new theme regarding 'War and Violence', I would also add the following past episodes regarding this theme such as

P.s  past episodes with no themes attached

episode 18 (Life and Works of Plato),

120 (Philosophy in the Islamic World intro, missing  'Religion and reason' theme and Translation/Textual transmission theme since works are in Arabic)

Thanks and happy new year to the both of you !

Wow, thanks! You are paying better attention to the series than I am, even. I was trying to remember which old episodes are relevant for violence and war and didn't come up with nearly that many, I will definitely add at least some of those (have to revisit the scripts to see which ones are most relevant!)

Actually the plan for the Africana book publication is exactly what you say: one volume for episodes up to 1900, a second volume for the 20th century. So actually we are approaching the end of the material for the first volume which means it could come out in 2021 if all goes well.

Happy new year to you as well!

And I am so glad that you are enjoying the series and appreciating the level of detail. Thank you for listening and paying so much attention.

Episodes 29 - 67: Slavery and the Creation of Diasporic African Philosophy