300b. The Relevance of Medieval Philosophy Today 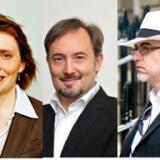 300a. The Relevance of Ancient Philosophy Today

Websites for our three guests, with lists of their publications:

Thank you - with observation #1

Peter, thank you for your hard work over all the preceeding years in putting together and making this podcast.  It has helped me immensely as I study philosophy (and I now also teach it).   I retired from law about 4 years ago and have studied philosophy or philosophy related issues for about 40 hours per week since then ( I count listening to your podcast as part of that effort).  I am grateful for all the insights you have provided and any comment I make should be interpreted in light of that context.  My primary confusion after listening to your two 300th podcasts was the lack of clarity as to why one should study the history of philosophy.  Perhaps I am confused, but I see a very clear reason for this study and it is invaluable (in my opinion).   In answering the question as to why study the history of philosophy than say reading Tom Clancy or Charles Dickens or watching TV,  the answer I got was that it might help some modern philsophers in their academic work or one or another of an esoteric issue.   I must have misunderstood.   My own view is closer to Hegel's (whom I detest) than to what I understood you to be presenting.   Can you explain why you think it is worthwhile to study the history of philosophy (other than it is interesting and fun, which is also my opinion!).   Again, thanks.   And, on Hegel, I concur with the late Stanley Rosen in his comment on Hegel's "Science of Logic" that Hegel made egregious errors.

Why do this at all?

Actually one thing I liked about the 300 interviews is that we got a range of different answers to your question; and in fact I myself think there are more than one good answer. My own view is probably closest to Russ Friedman's, namely that the history of philosophy is often salutary because it shows us ideas and concerns that are _different_ from those of contemporary philosophy. (Cf. the beginning of the old episode on Averroes on the mind.) However I also just tend to think that the history of philosophy is interesting and valuable in its own right; compare the study of plain old history. You can justify that by saying that ignorance of history makes it harder to decide what to do now - repeating the mistakes of the past etc - but really I think the main reason people are interested in history is that history is intrinsically fascinating, and the same goes for history of philosophy. The reason I had the 300 interviews focus on the contemporary relevance question is actually that I have hardly ever talked about this in the podcast, which shows you how far I am from thinking that contemporary relevance is the sole motivation. But I do think it is one possible, even important, motivation among others.

I am not at all familiar with Nietzche.  But i found Ms. Novaes' comment on "Geneology" interesting.    You compared it to Nietzche's use of the same in describing morals.   Might I suggest you refer to the Naya (I may have the name wrong) question structure (which I really like):  (a) truth seeking, (b) argumentative (I call it "law argument"), and (c) skeptical.    In (a), the truth is the goal; in (b), the goal is to win and the "truth" is whateve makes the best story (without regard to what is the truth), and (c) focuses on a type of argument which destroys your opponents position, but, if used on your position would have the same result.   I think the Naya were correct that the "argument (or dialectical) structure" determines the quality and type of outcome.   In the second two, one gets the truth usually by accident than design.   Using this model,  Ms. Novaes' "Geneology" is modeled on a "truth seeking" structure, while it seemed that Nietzche's was either argumentative or more likely skeptical.

I'm an enthusiastic auditor of your podcast, taking in on average two per day. (I'm glad I started about four years after you began. No need to sit impatiently waiting for each new intsallment.) Congratualtions, it's quite a tour de force.

I run an Institute at Texas Tech University devoted to the Study of Western Civilization. But I've long realized that you can't understand one civilization without knowing a good deal about the others. You're already providing great services in that respect.

But wouldn't it be better still  if you could devote a few casts (or would it be pods) to explicit, systematic comparisons of Latin and Islamic scholasticism with respect to things like topical emphasis, treatment of common questions, breaadth of opinion, nature of sources, institutional anchorage, relationship to religious orthodoxy and authority, permissible latitude, etc.? One develops impressions about these matters simply from following your lectures, but nothing could compare with a treatment from the hands (or voice) of the master - yourself. You might also eventually do the same with respect to the Byzantines, Indians and, if you ever get there, the Chinese, though the Latin and Arabs are the natural  starting place given your expertise and the fact that both traditions branch from the same Greek trunk.

You've done so much already, but before getting to the moderns why not this more?

Thanks for your enthusiasm about the project! That's an interesting idea and in fact one I am kind of pursuing in other efforts, so for instance I am hoping to write a book for the general reader in the next year or two on attitudes towards authority in late antiquity and all three medieval traditions. I am not sure how this sort of cross-cultural comparison would fit into the podcast series but it could be an idea for a special episode, since I always have those at 50 episode marks. So, maybe a thought for episode 350?

I couldn't find anything from you about Teresa de Avila. That is a pity, because I would have loved to hear your aproach to her writings. Thanks for the great potcast and the even better lectures at LMU. I hope, you will continue to release videos from the lectures. They are really helpful.

Don't worry, we are getting to her! She's 16th century so she will be covered when I am looking at the Reformation and Counterreformation. In fact she's already on my rather sketchy list of figures and topics to cover.

Videos from your lectures at LMU?  Where does one find those--YouTube?

On YouTube you can see me giving a series of ten lectures on women in ancient and medieval philosophy, in English. The LMU does have some lectures from my classes up in German too. You can marvel at my cavalier attitude towards the gender of nouns.

Philosophy of Language is dead?

First of all, of course, thank you for this marvellous and fascinating series. Over the years i have been listening i have gone from knowing nothing whatsoever about the history of philosophy to becoming an enthusiastic reader, all thanks to your work.

I was intrigued, and maybe even a bit alarmed, by Peter King's remark around 1:46 that philosophy of language is dead (still moves, still walks, but it's dead). What do you suppose he meant by this? Has the return to metaphysics killed off the linguistic turn? Is the philosophy of language only a matter of historical interest at this point?

Thanks, glad you like the series and that it has led you to dive into the texts!

I'd forgotten that throwaway remark, and to be honest I am not sure when he meant but your guess is a good one, i.e. that he means the mid-20th century approach where all philosophical problems are reduced to linguistic questions is pretty out of fashion. But of course plenty of people still do philosophy of language without trying to reduce all problems to linguistic ones. 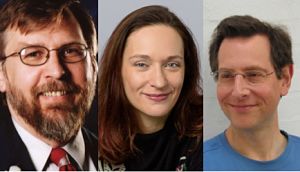