Rudolph Agricola, Juan Luis Vives and other humanist scholars spread the study of classical antiquity across Europe and mock the technicalities of scholastic philosophy. 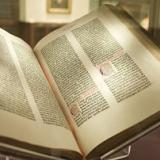 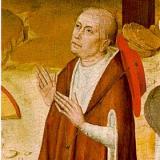 • P. Mack, Renaissance Argument. Valla and Agricola in the Traditions of Rhetoric and Dialectic (Leiden: 1993).

• C.G. Nauert, Humanism and the Culture of Renaissance Europe (Cambridge: 2006).

• E. Rummel, The Humanist-Scholastic Debate in the Renaissance and Reformation (Cambridge MA: 1995).

Correcting a typo regarding Pirckheimer death (1530 not 1513)

You stated that Juan Luis Vives died 10 years (1540) after Pirckheimer  (1530) death which is correct but mentioned in the podcast that Pirckheimer died 1513 instead.

Overall this was a fantastic episode Professor, jampacked with several figures (Peter Luder, Juan Luis Vives, Agricola, Pirckheimer, Reuchlin and Wimpeling) alone in this episode (as we can see with the increased minutes regarding these Reformation episodes).

I can understand why you would want to split up European philosophy from 1600 and onwards Geographically (Franco/Spain/Iberian/Italy, UK/USA and Central European/Scandinavia)  due to the huge body of work present in that period and the plethora of thinkers in a short space of time.

Honestly if you were to do 17th century Europe by itself (and not splitting it Geographically), you'd probably need 2 book volumes (17th century Part 1, 17th century Part 2, etc..) to cover the major thinkers such as Descartes, Spinoza, Pascal, Leibniz, Bacon, Hobbes and Locke in detail and 'without any gaps' who themselves would take up chunks and chunks of episodes scripted and interviews. Then to cover the likes of Cartesianism, Cambridge platonists, Grotius/Pufendorf, Female proto feminists, continuing of Second Scholastics/Jesuits etc..

1600-1800 on each geographical block would give figures who aren't as mainstream the time and space to be devoted such as the aforementioned and and not to be swallowed up by the major thinkers as you have been doing excellently throughout this entire podcast series. After all there are more thinkers of whose body of work survives in this century and the following centuries compared to the Medieval and Late antiquity era thus more figures and movements to cover.

If you would like suggestions regarding thinkers and thematic episodes to be focused on the different Geographical blocks for 1600-1800 series (USA/UK, Franco-Dutch-Iberian/Italian and Central Europe/Scandinavia). You could put up a blog post on this site and ask this question on social media and I'm sure eager listeners can chip in with various figures to focus on. Given that we won't hit that section for the next 3 years or so there's plenty of time to be prepared on that section (you also get lovely feedback and tips from your academic colleagues who assist you in structuring the mini series).

I'm in favour of splitting it geographically until 1800 in which you can split the parts as movements instead such as German Romantics/German idealism, American Pragmatists, analytic-continental split, Transcendentalism, Positivism, Utilitarianism/British Idealism,  Eastern and Russian Philosophy, etc.. if we do get there eventually.

I would also recommend that you include Charles de Bovelles one of the most influential French thinkers from the 17th century (mathematician and logician) likewise with François Viète another French Mathematician.

The Cambridge History of French Literature is also a good source.

Also will you be updating these following timelines ?

Thanks, that is all very helpful! Glad that you lean towards the geographical division too - for the reasons you say I think that is how I will have to do it. I am not sure I could fit 1600-1800 even into two volumes' worth of material.

Oh and yes, I'll keep the timelines updated; I probably won't add too many figures to timelines for series that are already done since the main point is to orient listeners for the figures I covered, with links to the relevant episodes, and not to give a comprehensive list of all philosophers. Though it is pretty close to that!

I will point out, if you aren't sure if it will fit into 2 volumes, you are probably talking about just over 200 episodes (after interviews are included) given the size of medieval. If you can fit it into 3, that means you think it will be less than 300 episodes.  So 3 volumes would be 67-100 episodes per volume, but 4 volumes would be 50-75 episodes per volume, still no smaller than the classical Greek book.  In fact, it is probably the safer number, given that you'd be more likely to under estimate, rather than over estimate.

I had thought of a possible interpretation of Butler’s (admittedly satirical) quote of, “but extremes are alone logical, and they are always absurd, the mean is alone practicable and it is always illogical”, as a possibly veiled allusion towards something similar to Dialetheism (broached in the interview with Dr. Graham Priest in HPI 54). Namely, as a subtle critique (and subsequent amalgamation) of both Aristotle’s Logical Laws of Non-Contradiction and Excluded Middle. This is as the two binary extremes are oftentimes in-and-of themselves “absurd” and an intermediary [mean] position is excluded as “illogical”. However, if one is able to (at times) accept that simultaneously fully assenting to and combining both extremes is logically valid, this may be ameliorated.

That's a nice suggestion - to be honest I don't know enough about Butler to say whether that is a plausible reading or whether he is just fooling around! I guess it could also be making fun of Hegel-style dialectic?

I think you meant Ingmar,…

I think you meant Ingmar, not Ingrid, Bergman!

Oops! Yes, true. I'll fix that for the book version...

"Native speakers are the lords of language". That whole section starting from the emphasis on dialectic over syllogistic is, as you seem to nod Peter, is highly reminiscent of the debate Wittgenstein was having with his younger self (and his teachers Russell, Frege, et. al.) in the Philosophical Investigations. Humanism as a linguistic turning against scholastic metaphysics 500 years before the fact. Fascinating. 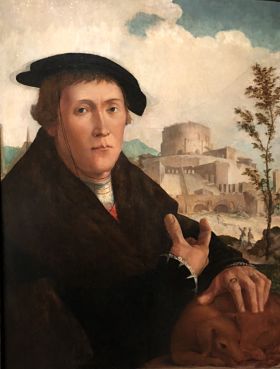