88 - Simplicity Itself: Plotinus on the One and Intellect

Plotinus posits an absolutely transcendent first principle, the One. What is it (or isn’t it), and how does it relate to Intellect? 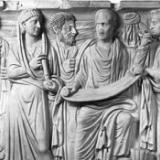 87 - A God is My Co-Pilot: the Life and Works of Plotinus 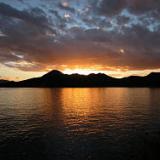 89 - On the Horizon: Plotinus on Soul

Thanks for the as-always wonderful podcast!

I thought I'd submit one unimportant quibble into the record. We can actually be confident that Plotinus did NOT contemplate the sunflower as he wrote about the unity of plants. The sunflower is a New World crop and didn't arrive in Europe until European exploration of the Americas in the 1500s.

Wow, I didn't know that -- interesting, thanks! So I should have gone with the potato then. (Just kidding.)

Thank you for illuminating podcasts. I am especially fond of the following words from Plotinus (mystic-philosopher)from his writing On Beauty "This is not a journey for the feet; the feet bring us only from land to land; nor need you think of coach or ship to carry you away; all this order of things you must set aside and refuse to see: you must close the eyes and call instead upon another vision which is to be waked within you, a vision, the birthright of all, which few turn to see." www.spiritualhuman.wordpress.com

One of the most difficult

One of the most difficult episodes... needed to listen several times...

Yes, this is a hard topic - actually the question of how unity produces multiplicity is probably the trickiest issue in Neoplatonism and gave Plotinus and later (also earlier) Platonists a lot of trouble. Thanks for sticking with the episode though!

The Plotinian One and causation

I would be eager to engage you and others on this question. Is there the opportunity for some online dialogue about it?

Well, beyond leaving a comment here I haven't set up anything for that. I guess you could for instance set up a Reddit thread on Plotinus and we could announce it here (I could put a link to it on Twitter too) and maybe you'd get some takers.

I am heartened to discover finally a philosopher who takes a definite stand on the perenniel question, "Which came first the egg, or το εν"

I was going to make that yolk, but chickened out.

(Semi) seriously though, the chicken-egg question comes up for real in episode 252, where a medieval thinker brings it up in the context of arguments about the eternity of the world!

emanation and the forms

Intellect and the forms are emantions from the One, directly or indirectly. So emanation is not the same kind of relation as that between forms and individual things, or forms and concepts.  Are those two relations supposed to be special kinds of emanations, or some other kind of relation?

Do we get some kind of Third Man problem with emanation?

Actually I guess that in Plotinus, the relationship between a Form and its instance (like the Form of Giraffe and a particular, physical giraffe) is indeed very much like the relation between the One and the Intellect: in both cases the higher cause automatically gives rise to an image, which fails to measure up to the perfection of the cause. There are some complexities with the One's production of Intellect that don't apply to lower kinds of emanation, since he has to explain how something completely simple can give rise to something that has multiplicity. But the basic causal framework is the same.

As to the third man problem, he doesn't address this directly - Proclus does, in his commentary on the Parmenides. I think the way Plotinus would get out of it is by saying that the Form in Intellect gives itself the relevant nature, so for instance it is the Form of Giraffe that makes it the Form of Giraffe and not something else. Whereas a physical giraffe does need to get its nature from an extrinsic cause, namely the Form. Hence the regress is stopped by something that is responsible for its own character.

Thanks for these awesome videos Peter Adamson.

I was wondering a bit about the nous. So the Nous is bipartite because it thinks about itself (such self-reflexivity implies duality) AND it is potentially infinite multiplicity because there are a potentially infinite number of Forms it contemplates; so I'm confused, is the nous duality or multiplicity? If both, as it seems, is the Nous' duality ontologically prior to its multiplicity (which makes a kind of sense to me)? If so, does this make the Nous, qua-duality, equivalent to the Dyad, but as a unified substance as the Monad (i.e, as a self-thinking entity)?  And I've heard recently  about the notion of Intelligible Matter in relation to Plotinus (and Aristotle), is this the idea that the Forms are limited to being distinct from other Forms by an intelligible substratum---by intelligiability, that is, by the Nous itself, as a principle of limitation the way physical matter limits Form in concrete particulars?

I guess what I'm asking, if you'd be so kind Peter Adamson, is if you could explain the various aspects of the Nous: it is one thing (a self-thinking thing), yet dual, yet potentially infinite in multiplicity; how does all this fit together? And how do the notions of the Monad, Dyad, and Intelligible Matter fit into all this? Also, does the thinking Nous conceptually think or define in a bipartite fashion in the way humans do by identifying a Form's genus and specific difference---eg., "Man is a rational (principle 1) animal (principle 2)", contains 2 elements: genus and specific difference.

I ask because I am genuinely attracted to Middle- and Neo-platonism as philosophical systems and as someone who will be tasked with teaching on Platonism as a biblical scholar in the making, I want to be able to teach it in the most lucid and compelling way possible.

PS--your comments made it sound like the Nous only has concepts that have actually been concretized in the material world, does the Nous not contemplate coherent concepts (like unicorns) that are in fact intelligible yet not materially instantiated? If so, why?

Thanks again for this awesome series!! 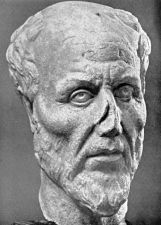