Leonard Harris explains how Locke's value theory was the basis for his aesthetics and theories of democracy and race. 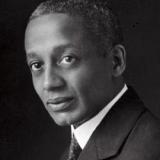 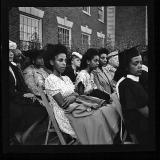 • L. Harris (ed.), The Philosophy of Alain Locke, Harlem Renaissance and Beyond (Philadelphia: 1989).

Kindly watch my public lecture on the above subject, started by my late father Prof. Henry Odera Oruka.

Excellent interview! (Thanks to colleague, Todd Lawson, for sending me the link to this superb interview.) I listened, with great interest and admiration, to Prof. Leonard Harris' insightful and significant remarks.

At around 19:50 in the interview, Prof. Leonard Harris mentions Alain Locke's association (and affiliation) with the Bahá’í Faith. On July 5, 1925 (probably during the time that he was busy editing The New Negro: An Interpretation) Locke gave this historic speech:

America’s democracy must begin at home with a spiritual fusion of all her constituent peoples in brotherhood, and in an actual mutuality of life. Until democracy is worked out in the vital small scale of practical human relations, it can never, except as an empty formula, prevail on the national or international basis. Until it establishes itself in human hearts, it can never institutionally flourish. Moreover, America’s reputation and moral influence in the world depends on the successful achievement of this vital spiritual democracy within the lifetime of the present generation. (Material civilization alone does not safeguard the progress of a nation.) Bahá’í Principles and the leavening of our national life with their power, is to be regarded as the salvation of democracy. In this way only can the fine professions of American ideals be realized.

“I have come to have a profound admiration for brothers and sisters of the Baha’i Faith. I’ve actually met Dizzy Gillespie and he, of course, one of the great artists of the 20th century, was of Baha’i Faith, and talked over and over again about what it meant to him. Alain Locke, of course, probably one of the greatest philosophic minds of the middle part of the 20th century, was also of Baha’i Faith, the first Black Rhodes scholar and chairman of the philosophy department at Howard University, for over 42 years. What I’ve always been taken by is the very genuine universalism of the Baha’i Faith, one of the first religious groups to really hit racism and white supremacy head on, decades ago. By decades, I mean many decades ago and remain consistent about it. …” “When you talk about race and the legacy of white supremacy, there’s no doubt that when the history is written, the true history is written, the history of this country, the Baha’i Faith will be one of the leaven in the American loaf that allowed the democratic loaf to expand because of the anti-racist witness of those of Baha’i faith. So that there is a real sense in which a Christian like myself is profoundly humbled before Baha’i brothers and sisters and the Dizzy Gillespie’s and the Alain Locke’s and so forth.” 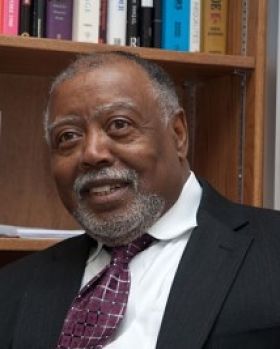