Peter discusses virtue, self knowledge and some bad arguments in two lesser-known dialogues of Plato: the Charmides and the Euthydemus. 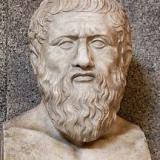 18 - In Dialogue: the Life and Works of Plato 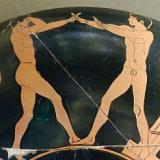 MM McCabe, "Silencing the Sophists: The Drama of Plato's Euthydemus," Proceedings of the Boston Area Colloquium in Ancient Philosophy 1998, 139-168.

For the Sophists, see also episode 14.

Good on Monday, better on Sunday

More edifying than going to the church!

Thank you for a great start to what seems to become a long and interesting series of podcasts.

Just one comment: you are reading really fast - I am struggling to keep up sometimes. I think I would enjoy the podcast even more if you spent a few minutes more for each podcast.

I look forward to the next episode.

Ok, thanks -- I will try to slow down a bit! The next couple of episodes are already recorded and in production though, so it's too late for those.

I am in awe of your construction and delivery of these podcasts. I think that they are perfectly paced, spaced, and of ideal length.

I don't want to start an acrimonious debate, but the power of digital audio is the ease with which one can listen again, either in part or in toto. (One can even slow the podcast down with free to cheap audio editors.)

So you don't think I'm just another philosophy groupie, I should add that I'm also a University professor (in the medical sciences), and am also trying to produce similar flash-based neuropathology tutorials (though my day job & RealLife keep getting in the way).

Thanks so much for the time and effort that you put in to this series!

Thanks very much for the praise which is effusive indeed! I'm blushing. Good luck with the neuropathology; history of philosophy sounds rather easy in comparison.

Wish I'd had these podcasts when I was studying Greek history - I hadn't really connected the irony of some of Plato's writing about Charmides and Critias when we studied that whole era of Greek democracy and the Thirty Tyrants.
I'll enjoy reading these two dialogues again with a fresh look.

Do you think the charm and leaf thing alludes to something more that what was mentioned in the pod cast?

The whole knowledge of knowledge thing, isn't this a confusion linked to diction where the last knowledge should be replaced by the word that describes knowledge.

Would you recommend reading the Theaetetus right after the Charmides since it seems to pick up where they leave off?

Incidentally, shouldn't everyone read the Theaetetus first so we start off right in trying to define what knowledge is. Since how can we discuss anything unless we have a measure stick telling us what knowledge is, otherwise we could sound quite convincing to others and even to ourselves but be still deceived (not knowing thyself - intending layered meanings here) on what exactly knowledge is: in essence, deceived we deceive

And indeed, I would take my Hackett Plato Complete Works to the desert island, easy choice, hands down; often times my wife has suggested I take this book, don a bear skin and live under a bridge somewhere, so tired of my philosophizing she's become

Well, I do think it is reasonable to understand second order knowledge as just that: knowledge which is about knowledge. Think of it like this: I can know things that are propositional in form. So for instance I can know that: the cat is on the mat. I don't see what is wrong with saying: I know that: I know the cat is on the mat. Thus I believe Plato is right to be interested in this, it is not just a terminological confusion.

The Theaetetus, and epistemology, are definitely fundamental. On the other hand one great thing about Plato is that he shows the connections between epistemology, metaphysics, and ethics (and even political philosophy). I think he himself started more with ethical worries and that got him into worries about knowledge.

Make sure your bridge has an internet connection, I would hate to lose a listener.

Luckily there is a Starbucks

Luckily there is a Starbucks wifi within range of the bridge so I have my contingencies in order when she asks me to leave.

Plates disdain for the demos and the courts?

"Though -speech making- after all there is nothing remarkable in this, since it is part of the enchanters' art and but slightly inferior to it. For the enchanters's art consists in charming vipers and spiders and scorpions and other wild things, and in curing disease, while the other art -speech writing- consists in charming and persuading the members of juries and assemblies and other sorts of crowds"
It's harder to charm snakes, spiders and scorpions than the demos, who may be human versions of snakes, spiders and scorpions?
Is this an alusion to how Socrates was biten with the poison of hemlock and laid low, perhaps proving even he lacked the power to enchant those minds of brutish disposition all because he wanted to cure them of their worse illness; ignorance.

Starting to read philosophy In later life  your podcasts are excellent rally enjoying the way you have approached this project.

Did this episode desapear?

Just recently discovered this podcast. The one good side of the coronavírus pandemia. I really love it. But this particular episode seemed to have desapeared. I even tried downloading it and spotify. But no unloved platonic dialogues.

This is strange because I got a similar note about a different episode, but in both cases they work fine to stream from my end. My suggestion there was to wait a few seconds and see if that helps, as it may just be taking a while to load, but I will look into this.

I recently read Charmides, keeping in mind the saying "Nothing worth knowing can be written down", which is alleged to be from "Plato's" sixth Epistle.

I used the Jowwet 2 volume set.

Charmides' answer as to what temperance is, initially is I don't know, yet he feels compelled to give an answer. I felt this was a clever way of Plato demonstrating Charmides initial answer , "I don't know", to be the temperate answer, and his next hesitant answers to be signs he lacks temperance. Already this was to put virtue outside the scope of rational thought. [P.8] Immediately I'd point out that to act temperately to one's best ability, one must know what they know and do not know, so that they are not caught up in dualities that don't exist outside perception. Wisdom would actually be coming to know a  thing as it is. In reality, all one can ever know is themselves. So to know oneself is to have true wisdom, and to have wisdom is to be able to act temperately based on how things truly are, beyond just one's best ability.

I believe it was simply a game Plato was playing by having Critias define temperance as "doing one's own business", showing he himself lacked temperance. In fact, he demonstrates the more innocent lack of the virtue in a child like Charmides, and an adult like Critias. That they ended up becoming tyrants actually added alot of this for me, I did not know this before.

Later, Critias [p.17] defines "wisdom as the only science of itself as well as other sciences". I believe this is actually what ended up happening in western philsophy, where virtue became adherence to some rational principle as opposed to an actual characteristic of the individual. In reality, how would one know whether another man is good or not? His intentions are hidden, the same way you wouldn't know whether the man doing open heart surgery is really a doctor or not. To claim otherwise, is to claim one could be as sure of others as they are of themselves, of their own existence, which is absurd. I think of a quote by Anarchasis when Solon wrote up the laws of Athens, "Laws are spider webs that catch the little flies but cannot hold the big ones".

"We are assuming a science of this kind, which, having no subject matter, is a science of itself and other sciences". [p.18] I believe materialism, naturalism, etc, all became this exact kind of thing in the modern day. Socrates point about this science being of absolutely no worth to the individual still holds true today. Knowing I am just a fart cloud of the solar system has not changed my experience of reality one bit. It also assumes even if such a thing existed, it could be comprehended by the senses or mind.

p.25 "None of these things will be well or beneficially done, if the science of good be wanting" [p.25] This goes back to knowing oneself. Only one can know if they are good or not, it is a self-awareness of one's own intentions.

I believe Socrates saying in the end, that the whole dialogue was a waste of time, was meant by Plato to demonstrate to Charmides what temperance is without actually defining it. It was okay for Socrates to say " I do not know", he in fact, he knew that he did not know, and knew what he knew, namely, himself. This was temperance. Going back to Charmides initial answers, him knowing now he does not know, is a more temperate answer than having attempted to answer what he clearly did not know.

Nice, I particularly like the way you are finding reflections on the main topic of the dialogue (temperance) in the dramatic setting; I think Plato does that a lot actually, a nice example is when Socrates is forced by joking threats to come to a discussion of justice at the start of the Republic.

A spoonful of literary device...

adds an emotional component to philosophical ideas, rendering them less sterile and more relatable to everyday life. For what is philosophy if not the study of everything? Through the philosopher-author's lens, we experience philosophy as we attend to the story without consciously attending to the business of studying philosophy. I'm thinking specifically of Iris Murdoch's novels. Coronamides mentioned the need to know oneself in order to achieve wisdom. Perhaps wisdom of self is the precursor to the "unselfing" Murdoch lays out as the path to the Good.

For whatever reason I decided to delve into philosophy and also decided I should start at the beginning.  What a great find this is!  My comment at this point is that we can only know from the perspective of the three dimensional reality we are caught in and since infinite dimensions are possible what little knowing can we have.  On the other hand if the everything is in everything happened to be right then maybe...

commenting on this subject I believe what Plato might be getting at is not quite a simple knowledge of what we know.  It is more like the knowledge of the cat on the mat expands into knowledge of the cat itself and the mat itself and all the relationships between the cat and the mat.  I mean like really knowing.  Not just the cat is on the mat because it is seen and believed to be true but knowing on that soul level of form and understanding its very essence

Yes I'm sympathetic to that interpretation. It might be like seeing how all the first-order knowledge fits together - some people think that this is the idea of the Form of the Good in the Republic also. 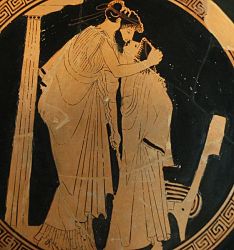