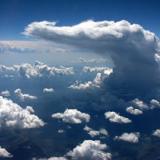 52. Under Construction: Dignāga on Perception and Language 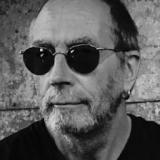 54. Graham Priest on Logic and Buddhism

• R.P. Hayes and B.S. Gillon, “Introduction to Dharmakīrti’s Theory of Inference as Presented in Pramāṇavārttika Svopajñavṛtti 1–10,” Journal of Indian Philosophy 19 (1991), 1–74.

Let A = inferred property (fire), and B = evidential property (smoke)

But then in the example, you refer to a smoky kitchen, and check to see if there is fire (B is true, check for A).  then Disimilar, you use the example not smoke, therefore not fire.  This doesn't match what you said in 9:00-9:15.

10:08-10:27 here you appear to match the example rather than the portion in 9:00-9:15.  in every disimiliar case you define as all cases without smoke, checking to make sure they all don't have fire.  However, by this logic, Dignaga would reject the nyaya example, because there are cases without smoke that have fire.

you then conclude that whatever has the evidential property must have the inferred property.  But if we go by everything from 9:15-10:27, we have only shown !B->!A (not B implies not A), which doesn't tell us much about if B->A.  it certainly doesn't tell us "whatever has smoke has fire", since B->A or B->!A are both possible.

I am guessing these mistakes were made when you transfered symbolic logic into written script.  Would you be able to clarify what reading i should ascribe to what Dignaga said in his trairupya?

No smoke no fire

Not sure I quite followed all that but maybe I can make a quick comment that will clear things up, if not I will have to go back to the script and work through it again. The example as I understand it is supposed to be about not implication but mutual pervasion. So only fire has smoke and smoke only appears from fire. (Not sure if this is in fact true of fire and smoke but it is the philosophical point.) An equivalent in the Aristotelian tradition would be like ability to laugh and human: all humans can laugh, all those that can laugh are human. I think your objections turn on the assumption that the argument is about implication (hence your writing ->) where of course the inferences work differently, like human implies animal but not vice versa since there are non human animals. So, think about <-> rather than ->. Does that help?

Ahh, it wasn't clear that it was about mutual pervasion, especially since the example you used (where there is smoke, there is fire), was pointed out to be non mutual in the Nyaya episodes (i believe episode 33, where there is fire, there is not necessarily smoke).  If I use that, i do notice some irregularities, though.

The evidential property and infered property only differ according to the 1st rule (the evidential must be known to be located in the locus, where as the 2nd one is to be shown).  and the 3rd rule is secretly 2 rules (when !A, !B, and when !B, !A.  or for the example given, where there is no smoke, there is no fire.  also where there is no fire, there is no smoke).  Also then, Dharmakirti's concept of natural reason doesn't use Dignaga's process of inference (since a lemon tree is always a tree, but a tree is not always a lemon tree).  Does that sound like the correct interpretation to you?

Well, here to be honest I think I am probably out of my depth since I would want to check the texts and be able to read them in the original, and I don't have Sanskrit etc. But when writing the episodes I did get the impression there was some fuzziness about using the scheme to deal with mutual pervasion cases as opposed to implications. It might be that Dignana and Dharmakirti are indeed talking about different kinds of inference. 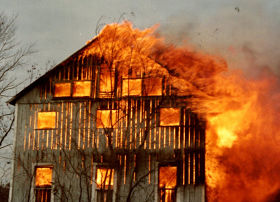