61. What Happened Next: Indian Philosophy After Dignaga

A whirlwind tour of developments in Indian philosophy after Dignāga and a few words about the contemporary relevance of the tradition.

See the India timeline here on the site for the various names mentioned in this episode. 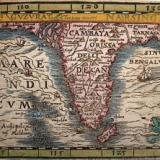 60. The Buddha and I: Indian Influence on Islamic and European Thought 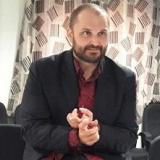 I echo the thanks to Jonardon at the end of this episode, and thank you too Peter. This series of episodes has been such a fantastic grounding in the Indian philosophical tradition.

Dear Peter, Let me thank you

Dear Peter, Let me thank you and Jonardon for this beautiful podcast.  It enriched me, and I have no dubt that it enriched many others..

My two-cents worth of opinion is: Indian phisosophy section of HOPWAG must continue at least untill the start of the 19th century and western influence.  It must not be restricted to india proper but must be extended to greater india, and countries like Tibet (with their translation movements and their important philosophers like Tsong khapa). All this must be done before China is covered..

Unfortunately we have the "africana" philosophy for the next 2-3 years, which means we have to wait too long even if you and Jonardon decide to go that way..

Well, bear in mind there are also practical constraints, like it was already a lot to ask of Jonardon that he work on this with me for several years, without committing to another 50 episodes right away. But also I was eager to get on to Africana.

By the way I am curious why you say that later India needs to be covered before China; I would have thought that what we have covered is just right for making a transition to China, so that we could also do ancient Chinese thought and pick up the story of Buddhism as it comes into Chinese and other Asian cultures? Or do you just mean, you personally are more interested in India so you wish we would carry on with that? To be honest I very much doubt that would be the majority view, just because I am guessing more people will want to hear about Confucianism etc than about later Indian philosophy. I might be wrong though.

My reasons for a continuation

My reasons for a continuation of indian philosophy are as follows:

1) Presently, the series on indian philosophy is like a movie interrupted at its most exciting point. I'd like to see more before starting a new "movie". So yes, part of the reason is personal..

2) "...I am guessing more people will want to hear about Confucianism etc than about later Indian philosophy.." I disagree. If you check which asian philosophies are the most popular, I think "tibetan buddhism" would come first, followed closely by "zen buddhism" and "kashmiri shaivism". Two out of three of these belong to the later phase of indian thought. One can check this popularity by counting the number of academic books that hit the shelves every year on these topics. Authors like Dyczkowski or Padoux who cover Kashmiri shaivism already achieved superstar status, and rightly so.

3) It seems that indian thought continued to influence chinese thought well after 500 AD. Translations from sanskrit continued till the end of the song dynasty. During the yuan era, tibetan buddhism became the official religion of china. Many tibetan buddhist practices shocked the chinese. So, a knowledge of later indian thought would be handy in understanding the later chinese philosophy, but not vice versa. (Here I am using the wikipedia article "esoteric chinese buddhism")

4) The later phase of indian thought is almost unknown. As an interested amateur, I've heard about vedanta, nyaya etc before I had started listening HOPWAG. But for many of the figures you've mentioned in the episode "later indian thought" are complete unknowns to me.. So it seems to me that there is new ground to be broken there..

On a separate note: If you forgive my excitement, do we have an epsiode plan on the Byzantine Philosophy?

Ok, those all strike me as valid points - I guess my only caveat would be that we did cover the Tibetan tradition a little bit already which may help when we get to China (maybe including other parts of East Asia, by the way). And we'll have to see how popular Africana and hopefully China are. In a way of course my broader goal here is just to convince lots of people that there is exciting philosophy in all these non-European traditions, so hopefully at least that goal has now been achieved with India; still, I totally agree that it is a good idea to do another book's worth of stuff on later India and I hope we will get back to that at some point.

Thanks for your enthusiasm!

Hello sir, when will you pickup next series on Indian Philosophy ???

THANK YOU SO MUCH FOR THESE PODCASTS.

Sorry, but I have no idea! I guess my tentative plan would be to think about doing that in 5 years or so, after Africana and then possibly a series on China (maybe including other East Asian cultures). But that is so far away I really can't make any promises.

I really enjoyed the India series, it was fun to listen to these episodes alongside the "western" HOPWAG track. I am guessing that I am not the only one that is now looking forward to a deep dive into the rich and diverse history of African philosophy. As I live in Ethiopia - it will be fun when you eventually delve into the richness and distinctness of thinking and philosophy here - but I understand that you have a lot of groundwork to do on Egypt and other places before we get there! All the best.

Wow, a listener from Ethiopia! As it happens I am just today working on a script about the reception of Greek philosophy in Ethiopia, which will I think be episode 8 in the series so not that far in.

Right, obviously there are lots of Indian thinkers we didn't mention but could have, because we stopped with Dignāga and even this quick overview episode was mostly about pre-modern thinkers. But we will hopefully do another series bringing the story of philosophy in India up to the present day so maybe Aurobindo can be covered then.

Perhaps Vivekananda too? And in the twentieth century, Jiddu Krishnamurti.

Just my 2 cents but though Krishnamurti was Indian I don’t know if I’d cover him in a series on Indian thought. His teachings were more of the kitchen sink variety derived as they were, more or less, from the Theosophists. He doesn’t refer to traditional Indian thought in any of the references that I’m familiar with (well he doesn’t refer to any traditional thought for that matter - though he wasn’t the most egregious example he did suffer a bit from guru syndrome).

I decided I didn't want to wait to learn about navya-nyaya, so i tried looking more into english language resources on the topic, and i stumbled across this youtube channel called vidya-mitra:  https://www.youtube.com/channel/UCCUr096WDp86n62CXBeHlQw

and they seemed to have some pretty good videos on indian philosophy such as this:

it all seems to be well researched and written in kind of the way I might expect from a university presentation, but I don't know for sure if it is accurate.  Are you or Jonardon familiar with it?

No, I did not know about that, thanks for the link! Also worth checking out the new podcast by Malcolm Keating on Indian philosophy, which is called Sutras (and Stuff).

Hi Dr. Adamson, i have a couple questions about this series.

1. Back when you were talking about Dignaga's theory of language, i was struck by apparent similarities to 20th century European philosophy. In part that may have been the presentation; you did use the word "phenomenology" and i thought there was a conscious attempt to draw parallels to Husserl (was there?). It also sounded to me like Dignaga's understanding of meaning as relational was strikingly similar to certain currents in semiotics, particularly as emphasized by Derrida in his concept of "différance". Would you say there are similarities there?

2. Will the series on Chinese philosophy discuss Tibetan Buddhism? I know you talked about it a little, but i'm eager to hear more!

Oh gosh, I'm afraid your first question there exceeds my competence. I am not very knowledgeable about Derrida or phenomenology; it might have been Jonardon who referred to the latter in one of the scripts. Interesting idea though!

As for the latter, Karyn and I were planning to wrap up coverage of classical China with the coming of Buddhism and I'm not sure how much we will get into that, if at all; it might be that that has to wait for a series on later Indian or Chinese philosophy.

Do you think have any future when it comes to world stage on philosophy, given the factors of discontinuity of the traditions, ignorance of indian minds on almost any system and the lack of sources (especially easily accessable and consumable ones for a layman). Because i know there are people in india who may know a quite lot on western philosophy but on indian there knowledge is meagre

Well, I specialize in the past, not the future! Also I have never even been to India unfortunately, though I have met academics who work there. So I can't really comment intelligently on that question - perhaps other listeners can provide reason for optimism. I guess at least that knowledge of classical Indian philosophy is much better there than it is in Europe and North America! 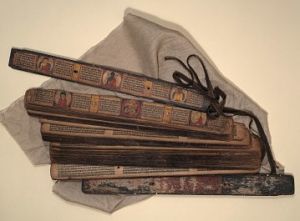