45 - The Second Self: Aristotle On Pleasure And Friendship

Peter continues to look at the Nicomachean Ethics, discussing Aristotle’s views about the role of pleasure and friendship in the good life. 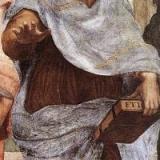 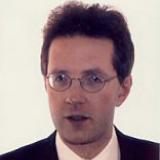 Hello All,
Just thought that you might be interested in this. I came accross it as part of my membership. It is a FREE, previously unpublished Aristotle BioView (virtual interview). They give away free material each month and for October, it just happens to be Aristotle!!
All you have to do is join the club, free, easy and they only send out 1 newsletter every month.
Hope you enjoy this 'different' insight into the great philosopher!
Regards,
Lizzie.

Aristotle and Ayn Rand on Ethics

Thank you, Professor Adamson for doing this podcast. It’s interesting to hear about the philosophers that aren’t commonly discussed.

Today’s philosophers still occasionally reckon with Aristotle, but, as interesting and attractive as parts of his ethics are, it is clear that modern philosophers don’t take his ethics as all that relevant to their own thinking, let alone as definitive. This is, in part, for good reason. Aristotle leaves the question of the ultimate origin of morality unanswered when he just assumes that the essential identity of everything in the world carries with it a “should.” But what “should” a rock do, in regard to morality? When is a rock good or evil?

He also doesn’t really connect rationality to practical virtue, or virtue to eudemonia, in any solid sense. Rationality somehow leads to virtue, which consists of “moderation” and “whatever admirable men do,” which somehow produces eudemonia. In short, he doesn’t engage in a fully rational, systematic, ab initio study of ethics, and doesn’t provide a convincing answer to the question, “Why do we need morality?”

But, as you mentioned, another part of the reason modern philosophers don’t take Aristotle as especially relevant today is that his ethics are centered on the well-being of the self, or ethical agent. Would you agree, though, that this represents a modern bias? A bias based on the particular, altruistic ethical theories dominantly propounded since the rise of Christianity? In my view, a proper definition of ethics would be simply, “a set of principles and values designed to guide humans’ actions toward the achievement of an ultimate value (end-in-itself.)” To specify at the outset that any ethical actions of ethical agents must be “other-centered,” prejudices the field of ethics with an unsupported premise. Wouldn’t you say that this is something that has to be argued for in the content of the particular ethical theory?

I would say that Aristotle’s view on friendship is definitely on the right track. It is ultimately the self that benefits from what we typically consider healthy, loving relationships. To have a friendship or love affair in which you act for the other’s sake, as apart from your own sake, means that the lover/friend holds no benefit for you, and any desire you have for the lover’s/friend’s well-being is merely a desire to do a selfless duty. Paying for a lover’s facial reconstruction surgery would be no different than paying for the reconstruction surgery of some random drunkard who slipped as he tried to stab you in a bar fight, and both acts should carry the same emotional content.

My view is that Ayn Rand was an Aristotelian philosopher whose thought relative to Aristotle is somewhat analogous to Kant’s thought relative to Plato (really, the ideas we today consider distinctively Platonic.) She brought modern precision, rigor and knowledge to bear on the course of thought that an ancient philosopher started.

In the books, _Viable Values_ and _Ayn Rand’s Normative Ethics: The Virtuous Egoist_, Dr. Tara Smith follows up on Rand’s meta-ethical theory (nature of ethics/source of moral values) and her normative ethical theory that prescribes rationality, and describes how rationality translates into practical virtue.

Smith shows that Ayn Rand provides a solution to the “is-ought gap,” (the factual source of moral values) with an eye towards a natural world that is not teleological, (at least in the sense of serving some overall purpose.)

What do you think of this modern development of Aristotelian philosophy? Has it solved the issues that Aristotle left for future philosophers? Assuming you continue into the 20th Century, will you be covering Ayn Rand?

Wow, there's a lot in that post. Let me respond to it as best as I can:

1. You're right that contemporary ethics isn't generally Aristotelian but actually contemporary "virtue ethicists" like, say, Philippa Foot and Alasdair MacIntyre, draw extensively and explicitly on Aristotle. However you're right that they usually try to do this while avoiding the more general teleological picture Aristotle defends, where there is a kind of "should" or goal-oriented behavior even for things like rocks and trees. MacIntyre tries to locate the source of virtue ethics in social practices, for instance.

2. Your criticism about the loved ones -- that I should treat strangers as equal to myself or family members and friends -- is indeed a problem for non-Aristotelian theories, notably consequentialism and Kantianism. For instance if I am a utilitarian and hence trying to maximalize utility, it should be no different whether I help my mother or a stranger, and I would certainly not be right to bestow N units of utility on my mother if I could bestow N+1 units on a stranger instead. However representatives of these theories have tried to work around this problem, for instance by proposing that in general it is utility-maximizing if people have strong social bonds which might mean preferring our close loved ones to strangers, even if this isn't apparently utility-maximizing in the short run. So to put the point in less technical terms, a world where people are in general nice to their mothers is more utility-maximizing than one where they aren't, so we should be nice to our mothers just in order to further that general goal.

3. Ayn Rand: I don't know a lot about her, but enough to know that she'd make a pretty interesting subject for an episode. But to be honest the idea of reaching the 20th century seems a pretty distant prospect! I've considered various stopping points, like Kant, or even the end of the 19th century, but I find it hard to imagine going on into 20th century thought. Anyway, we'll see, the decision won't be upon me for another 6 or 7 years at least, the rate I'm going!

rocks and the is/ought gap

Although this thread is 5 years old, I feel compelled to point something out:

I have recently finished another reading of his Nicomachean Ethics, and please correct me if I am wrong, but Aristotle never says there is a moral ought for rocks, as they do not have souls capable of deliberation. In fact, no other animal has a moral ought. As humans, we are, fortunately or unfortunately, the only creatures encumbered with a moral life, and this comes from, as Aristotle sees it, our nature as political beings endowed with reason and the ability to make choices. If this is true, and what we are is in fact moral creatures, then Aristotle is not liable to a Humeian charge of committing the naturalistic fallacy, as there is no is/ought gap, as our is is also our ought. Aristotle, as I see it, is only liable to an incorrect definition of what we are, but as it stands, I have yet to find a better one.

Yes, that's all pretty much right I think; he actually talks about it in slightly different terms, by asking which things can act "voluntarily" (and he connects this to moral responsibility). And he concludes that only mature humans can do that.

On the other hand bear in mind that there are non-moral "goals" or norms in nature, e.g. there is a difference between a good and a bad giraffe. So the realm of normativity (or how things should be) is for him broader than the moral realm, which includes only us.

agreed, but this must mean moral ascriptions are something more than merely 'good' or 'bad' (hey Nietzsche). Take a pen for example: it's purpose is to write. If you have a pen that doesn't write, it's a bad pen, and if you have one that does, it's a good pen. But it doesn't make sense to say the pen is morally disproportional. So, I wonder what is this something more that goes into moral judgements of humans?

I have a hunch our ascriptions of viciousness are intended to invoke shame. A moral state that, presumably, only humans are capable of experiencing, which compels one to seek change. The pen, and other animals, are, presumably, immune to such states. Imagine calling a lion a wicked lion..

Man, I could go on on, because now I am thinking of my dog Bruce, and I swear he exhibits states of shame when I call him a bad dog...lol

Yes, that is a very deep ethical question: what makes moral norms different from other norms. Aristotle has a complicated story about that, to do with reasoning. I guess he would not say that shame is distinctive of the moral life, since one could presumably have an emotion like that without being capable of rational, voluntary practical action. Your dog example is actually to the point here!

Maybe I am putting words in Aristotle's mouth (he never explicitly says 'shame' to my knowledge), but isn't it the case that what separates the licentious man from the incontinent man is that the licentious man doesn't believe his behavior is morally disapprobational? Whereas the incontinent man acts against his rationale, out of powerlessness, and knows he has failed to live up to his convictions. Maybe Aristotle doesn't say this is shame explicitly, but I feel what has been described is pretty characteristic of shame. Do you not agree?

I feel what makes the licentious man incurable (as Aristotle does say) is that he doesn't believe there is anything wrong with his behavior. In other words, he feels no shame about what he does. And so maybe we can say that shame is a precursor to change, and this why the incontinent man is both superior and curable.

While this makes a great deal of sense, at least to me, I am left with a bizarre conclusion saying that my dog Bruce is superior to many humans. haha. Unless of course, Bruce isn't really exhibiting shame, and I am projecting what I take shame to be onto him. (which is probably the case)

In any event, can you point me in the right direction, where Aristotle provides his complicated story to this riddle? I would sure like to read it.

And thank you btw, your podcast is amazing.

Actually this topic of shame is a potentially very rich one, it is discussed by both Plato and Aristotle (the Charmides is a good dialogue to look at in Plato). For Aristotle you want to look at book 7 of the Nicomachean Ethics which is where he gives his account of "akrasia" or weakness of will/incontinence. You're right that the incontinent person is worse than the vicious or licentious person who doesn't even know the right thing to do. But actually the more important character type for your issue may be the person who is "strong-willed" or continent, who has enkrateia: this is someone whose desires make them want to act viciously, but manages to be good through force of character, and maybe this person is motivated by shame. This is different from virtue, since the virtuous person actually enjoys being good.

Fascinating! I have a strikingly different reading of continence.

Time to do some more research.. 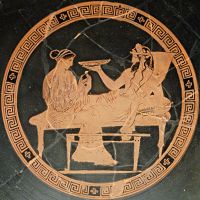