74 - Tony Long on the Self in Hellenistic Philosophy

Leading Hellenistic philosophy scholar Tony Long talks to Peter about the self, ethics and politics in the Stoics, Epicureans and Skeptics. 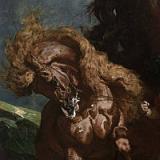 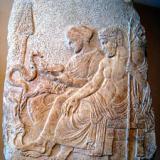 75 - The Joy of Sects: Ancient Medicine and Philosophy

• A.A. Long, From Epicurus to Epictetus. Studies in Hellenistic and Roman Philosophy (Oxford: 2006).

A Dialogue of Self and Soul

Peter, again let me preface my comments with praise for the engaging manner in which you present each podcast. Having now listened to two to three a day while jogging after work, I have finally caught up and now can follow at a more leisurely pace.

Concerning your interview with Tony Long, I am struck by the contrast between the the Hellenistic and modern sense of self, the former apparently conforming to a social norm, the latter being essentially solipistic. The symphonic element to which Tony alludes suggests that Hellenistic philosophy sought to harmonize with an order it perceived in nature. The modern notion is more a cacophony in as much as it no longer presumes that there is an underlying order to nature. Hellenistic philosohy, it seems, did not challenge the more basic religious presumptions that still dominated the culture.

I would go further with this but prefer to adhere to the material as you present it lest I embarass myself by building an argument on baseless speculation. The point I would make here is that the Hellenistic schools, for all their practicality, still operated against a metaphysical backdrop that suggested there was, after all, a meaning or purpose to human life.

One further remark, I do think that Theophilus, the addressee of "The Acts of the Apostles" would take exception to Tony's suggestion that Christians would be appalled by such titles as "friend of God." Then again, many scholars suppose that this is merely a generic name given to the general, God loving, reader. In as much as the podcasts have now reached the point where philosophy begins to converge with faith I am bound to confess, though with less verve than Tony Curtis, that "I am Theophilus." And while I have no problem with a critique of the religious perspective, I am happy to challenge the current fad to dismiss this view outright.

Hi there -- sounds like you have a long daily run! (2 or 3 episodes sounds like about an hour.) Anyway I agree with you that the Hellenistic schools were still very much engaged with traditional religious belief. Like the Pre-Socratics (and for that matter Plato and Aristotle) they seem to me to revise traditional ideas radically, yet preserve what they take to be most important for instance that gods are providential or appropriate objects of reverence. That's even, surprisingly, true of the Epicureans, who deny providence but do argue towards their version of theology on the basis of the "common conception" that the gods must be untroubled and so on.

Great job as always, Peter! I just have to say that Prof. Long is mistaken when he says Christians would be against the idea of being a "friend of God." After all, Jesus himself said: "I no longer call you servants, because a servant does not know his master's business. Instead, I have called you friends." (John 15:15) This is one of the great things about the Incarnation, that God puts himself on our level by adopting a human nature. I could give many more examples of saints and mystics talking about God in intimate, though reverent, terms. The God of Christianity is far more, not less, accessible than the more abstract God of the philosophers. A Christian who rejected the idea of friendship with God would be heterodox. So I was surprised when Prof. Long made his comment.

This episode was quite a while back, so I don't remember the bit you are talking about - are you sure he didn't say that the Stoics would reject this idea, and that they are thus unlike the Christians? Maybe you can let me know where in the episode it comes, if you remember.

He says it 18 minutes in. The other commenter on this page mentioned it as well. To say you were a friend of God would be impious only if you said it in a flippant or frivolous way.

Another quote comes to mind - the famous story about St. Teresa of Avila, who was bucked off her horse into a river and said, "Dear Lord, if this is how You treat Your friends, it is no wonder You have so few!"

OK, you're right - I listened back to it. Maybe his thought is that friendship implies some kind of equality; this is a point made by Aristotle actually, who in fact says that for this reason we cannot be friends with God. The Stoics see our souls as being in some sense just parts of God, the divine pneuma pervading the cosmos, whereas the Christian God is infinitely beyond our ken. So if it is a friendship it is a very unequal one.

The inequality in Christianity is offset by God becoming man, but yes, clearly Christianity and Stoicism have different bases for such a friendship.

Friends of God in Christianity

I'm late to the party, but I'd like to comment, because I, too, was shocked by the idea that being a friend of God would somehow be odd or "impious" in Christianity.

Peter, you mention Aristotle's idea of the impossibility of friendship with those to whom one is not equal. I think that's a good point -- but it's precisely one that recurs in Christianity. It's quite important to many Christian writers, most notably Thomas Aquinas. The notion in Christianity is that grafting grace into one's person makes one a "partaker of the divine nature" (2 Peter 1:4). Faith, hope, and particularly charity are participation in the actual divine nature ("God is love," so participation in that love, charity, means participation in divine nature). Thus, in this view, the infinite chasm of inequality is bridged, and we can be friends of God: in grace the things of God are revealed to us and we are called "friends" (John 15:15). It's really a fascinating argumentation in Thomas Aquinas, but the antecedents are all in the tradition and in the Bible. Aristotle "helps" him make sense of the traditional and scriptural elements.

Of course, as has been said, obviously this differs from the Stoic idea. But the Christian version is a arguably much more gutsy and radical (and one would think, memorable?), whether one accepts its initial premisses or not.

Just hoping to add this clarity to the discussion. Christian writers were deliberately reflective and appropriating of Aristotle's idea here.

Really enjoy the podcasts. Thank you for all your work on them!

This was one of the most…

This was one of the most educational episodes! 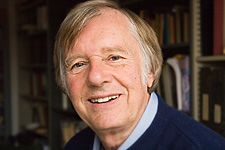