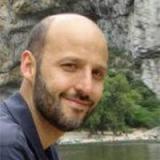 Peter Adamson has been producing the History of Philosophy podcast since late 2010. When he launched the series he was a professor of philosophy at King's College London, and he retains a professorial appointment there. But his main position is now at the LMU in Munich, where he is Professor of Late Ancient and Arabic Philosophy and runs the Munich School of Ancient Philosophy together with Christof Rapp and Oliver Primavesi. Peter's research has mostly concerned philosophy in the Islamic world and its Greek sources, and he has published and edited numerous books and written dozens of research articles in this area. For his CV and a sample of his work you can go to his page on academia.edu. His hobbies include writing podcasts, watching Buster Keaton movies, and writing more podcasts. 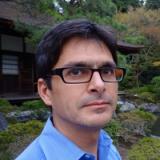 Jonardon Ganeri (Professor of Philosophy, Arts and Humanities at NYU Abu Dhabi) joined the podcast in 2015 to co-author episodes on philosophy in India.

Jonardon Ganeri’s research interests are in consciousness, self, attention, the epistemology of inquiry, the idea of philosophy as a practice and its relationship with literary form, case-based reasoning, multiple-category ontologies, non-classical logics, realism in the theory of meaning, the history of ideas in early modern South Asia, the polycentricity of modernity, cosmopolitanism and cross-cultural hermeneutics, intellectual affinities between India, Greece and China, and early Buddhist philosophy of mind. Ganeri teaches courses in philosophy of mind, the nature of subjectivity, Buddhist philosophy, the history of Indian philosophical traditions. He also supervises PhDs on Indian philosophical texts in classical Sanskrit. 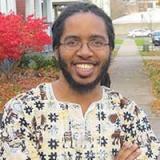 Chike Jeffers of Dalhousie University joined the podcast in 2018 to co-author episodes on Africana philosophy.

Chike is an associate professor in the Department of Philosophy at Dalhousie University in Halifax, Nova Scotia. He is originally from Toronto, Ontario and is of Caribbean background. His research concerns all areas of Africana philosophy and philosophy of race, with special interest in social and political philosophy and ethics. He is the editor of Listening to Ourselves: A Multilingual Anthology of African Philosophy (SUNY Press, 2013). Among his current projects is a book on the philosophy of W.E.B. Du Bois.