228. It's All Good: The Transcendentals

Philip the Chancellor introduces the transcendentals, a key idea in medieval metaphysics and aesthetics. 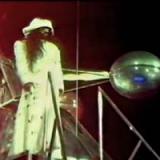 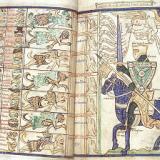 • J.A. Aertsen, Medieval Philosophy and the Transcendentals: the Case of Thomas Aquinas (Leiden: 1996).

• S. MacDonald (ed.), Being and Goodness: the Concept of the Good in Metaphysics and Philosophical Theology (Ithaca: 1991).

Is You Is Or Is You Not---some thoughts

Now that I'm learning that to be is to be good I can add that to my musty collection of alternative ontological formulae:

To be is to be material

To be is to be perceivable

To be is to be conceivable

To be is to be intelligible

To be is to be in space-time

To be is to be the value of a variable

To be is to act (better known as doobie-doobie-doo)

To be is to be measurable

To be is to be one (smart alecks always ask, “Yeah, but one what?”)

To be is to be some thing or other

I sure do like that last because I always thought of it as a top runner for an answer to the age-old question “Why is there something rather than nothing?” “Because it's for the good.”

I remember learning (in the Grammar part of my trivium) about these two uses of 'is': the Is of Predication and the Is of Existence. Later I learned (in the Dialectic section) that perhaps we should also recognize a separate use of 'is', the Is of Identity. (Bill Clinton learned a further application of 'is' in the Rhetoric part of his trivium.)

So, which 'is' is being used here? [I'm just going to be ruminating here; in particular, regurgitating other people's work—so nothing original.]

It doesn't seem to be the Is of Existence, since that usage is functioning in the infinitive 'to be'.  Nor, despite appearances, does it hit the mark for the Is of Predication, at least not accidental predication (a property that applies but might not have). Is it a kind of necessary predication, as in “Every equilateral triangle is an equiangular triangle” or “Every animal that is a ruminant is an animal that has a four-chambered stomach”? These predications are examples of what is called a proprium (Latin) or an idion (Greek), a special property of a subject because the subject and predicate terms are convertible without exception and necessarily so, but not essential since it does not state the very nature of the subject, what it is per se. With our examples, every equilateral triangle is an equiangular triangle and vice versa and necessarily so, but what it is to be an equilateral triangle is not to have its angles equal in size (degree) but to have its sides equal in length. Every ruminant animal is an animal with a four-chambered stomach and vice versa and necessarily so. But what it is to be a ruminant animal is not to have a four-chambered stomach, rather it is to be an animal that nourishes itself by digesting plants by way of fermentation. That mode of digestion requires a four-chambered stomach or some such but the mode of digestion is prior to and the cause of the animal having that kind of stomach. [A bit controversial, I admit.]

So, I'm going out on a limb, slender as it may be, and assert that the above formulae are to be taken as the Is of Identity. They are asserting what it is essentially or by its very nature or per se to be (or what Being is, if you must). And I'm going to plump for: To be is to be some (kind of) thing or other. All the others are either false or only propria (so I say). Of course, my choice is not very informative, being so very very general, least restrictive and most transcendental. But it will get better if we understand the 'some thing' is said in many ways. [from an unreconstructed Aristotelian, at least here] Where does this go wrong—can anyone help?

I am enjoying these podcasts immensely. I have linked to you on my FB page.

You said that Aquinas and Scotus have a debate about predication of the transcendentals of God. To be clear, Scotus was going after Henry of Ghent on this. Now, Thomists (and not Thomas) have  gone after Scotus in what they perceive he thought about it, but just remember it was Henry that Scotus targets when you write your Aquinas script. Also, it should be noted that Scotus thinks that ontologically analogy of being holds (between Creator and Creature), but we must have a univocal concept of being if we are to have any kind of rational demonstration of, or say anything meaningful about, God without committing the fallacy of equivocation.

Thanks again. I loved the Avicenna podcasts.

Thanks very much, I'm glad you like the series! And thanks also for the correction - you are right that Henry is the express target of Scotus' arguments, though of course these arguments would apply to Aquinas' version of the analogy theory too (which, I believe, is fairly close to Henry's). I guess I should have said that there was a disagreement, but not necessary direct dispute, between Aquinas and Scotus on this point.

Yeah. I wonder exactly how much Thomas and Scotus disagree there. Henry is really going via negativa with equivocation, and Thomas develops the analogy idea a bit. A friend of mine who works with the Scotist Commission (with folks like Noone) is busy writing a scholarly essay on this very topic. If I get permission, I'll send it along to you when it's ready. You have my email. It's a very interesting topic and one where misunderstanding and partisan politics (what?? No!) has colored how many see the opposing side... esp. how Thomist see Scotus.

Did anyone use the notions of extensional and intentional to try to explain the trinity?  They are the same extensionally, but different intentionally?

Great question! Off the top of my head I think that would probably be too close to denying the real difference of the Persons. Perhaps the closest we get is Scotus' introduction of the formal distinction which he uses for the Trinity, among other topics. This is discussed in episode 258. 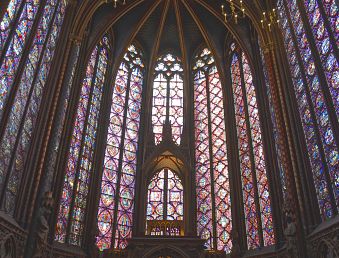