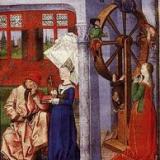 The omniscience and atemporality of God

Wonderful podcast that really gets down to the bones of what Boethius has to say. Boethius masterfully comes up with a good solution to the problem of free will, with an explanation of God as somehow atemporal: "simultaneous" with past present and future. But this immediately raises another problem not often spotted: that according to the Christian doctrine a providential all loving God rules the world who can individually love you. But the whole point about love is its commitment to unconditionality. You love the other person come what may, for "better and for worse": as a parent loves their child without having any real knowledge how they are going to turn out. In other words the unconditionality of love is premised on the unknowability of the future. Now if God has this foreknowledge (and indeed according to Boethius, in some sense, is this foreknowledge) then this God cannot possibly love you in any intelligible human sense.
In this way I see Boethius's philosophy as a kind of anticipation of Spinoza: it is perfectly natural for humans to love God, while it is completely unintelligible to expect this God to somehow love you back!

That's really interesting and brings in a theme I hadn't thought about before. But why couldn't Boethius say that God loves His creatures not in any uncertainty about what they'll do, but knowing that they will do both good and bad and loving them anyway? In other words he sees our whole lives already, warts and all, and loves us despite our future sins. Couldn't you argue that this is at least as loving as someone who loves someone else just hoping for the best?

Well I was sorry to see the Ancients go. However, Boethius does have an interesting side to him with the creation of the game Rithmomachia based on his mathmatical works. After having a go at it I can appreciate why the 'Philosophers Game' would not replace the video game. not many dead aliens. However, I thoroughly enjoy Michael Dummett's works on playing Tarot games and have tried them with a few with friends and family. These are classics of playing card game collections. Can anyone else suggest other links between actual games that are played, not just theories, and Philosphers? Some of them must have had moments when they enjoyed themselves. Perhaps, Sartre playing charades or Nietzsche kicking over kids sandcastles?

Hi Mr Adamson...I am not so

Hi Mr Adamson...I am not so good in listening in English...I can not comprehend some parts of the podcast...how can I use text of these podcasts to underestand them better...thanks.

A book version of the podcast will be coming out too, actually, starting later this year with volume 1 which covers the Presocratics, Plato and Aristotle.

Hi professor Adamson...thanks so much for your help...I am impatiantly waiting for that....I have another question: which book is the best book for studing philosophy for acadamic purposes? can i have the name of books that you and your colleagues teach in kings collegue for students of B.A degree? thanks so much.

Hi professor Adamson....I will be thankful if you help me and send the books in philosophy that you and your collegues teach in B.A degree in Kings College. thanks.

Ok, I am officially spooked. Minding my own business listening to HoP 119 (I'm on catch up), John Marenbon mentions drinking coffee and I get offered coffee at the same time on my train. (I turned it down, but you knew that)

As long as no one slipped a message through your letter box detailing everything that happened to you on that day, I think you don't need to worry.

He may well have done. I was working away that day so I outsmarted Him

That's good work on your part; I believe He is usually able to expect the unexpected.

Peter-Just catching up with your wonderful series and have paused at the end of the ancient Christianity section.
I thoroughly enjoyed the Boethius interview with John Marenbon and turned to the Stanford Encyclopaedia of Philosophy to read more about Boethius' ideas on God's prescience etc.
However I found myself more confused than enlightened. I think the clue to my difficulty was when John Marenbon mentioned Propositional Logic and I do not have a working knowledge of this. The following summary seemed to make sense (to me):

"7. If God sees all things and can in no way be mistaken, then there necessarily happens what he by providence will have foreseen will be.
8. If things are capable of turning out differently from how they have been foreseen, then there will no longer be firm foreknowledge of the future, but rather uncertain opinion…”
“9. God knows every event, including all future ones.
10. When someone knows that an event will happen, then the event will happen.
11. (10) is true as a matter of necessity, because it is impossible to know that which is not the case.
12. If someone knows an event will happen, it will happen necessarily. (10, 11)
13. Every event, including future ones, happens necessarily. (9, 12)”

The author then goes on to state:

The author justifies this criticism, thus:

"The fallacy, therefore, concerns the scope of the necessity operator. Boethius has mistakenly inferred the (narrow-scope) necessity of the consequent (‘the event will happen’), when he is entitled only to infer the (wide-scope) necessity of the whole conditional (‘if someone knows an event will happen, it will happen’). Boethius the character is clearly taken in by this fallacious argument, and there is no good reason to think that Boethius the author ever became aware of the fallacy".

Poor old Boethius, that’s put him in his place.
Now without being able to verify that the criticism is correct I am interested to know whether the common reader/listener of early philosophy is in the position of a reader of popular books on, say, physics where, without the mathematical background, he learns by analogy? Should we quickly become familiar with current PL before moving on or looking back?
Of course when you get to do an episode on Frege it will all be clear!

Thanks, that was a very entertaining post! I think actually Marenbon made the same point in this podcast, if I remember rightly, in rather more straightforward language. Just to explain quickly, the idea of "scope" is that modifiers like "not" and "necessarily" can apply to more or less of a certain statement. So consider the contrast between:

Necessarily: if it now true that there will be a sea battle tomorrow, the sea battle will occur tomorrow

If it now true that there will be a sea battle tomorrow, then the sea battle will necessarily occur tomorrow

It's natural to read the first as stressing that these two things are necessarily connected: _if_ it is indeed true, the sea battle is going to happen. But that doesn't mean the sea battle is a necessary occurrence. Whereas the second does look like it applies the necessity to the occurrence of the battle. So Marenbon is just saying it is easy to confuse the first with the second.

Thanks for the help Peter.
I'm beginning to understand and take comfort:
If it is now true that the dropped penny will reach the floor sometime,then the penny hitting the floor will necessarily occur sometime.

But the reason I don't buy

But the reason I don't buy Marenbon's (and the Encyclopedia's) take on Boethius's argument is that he has Philosophy explain the difference between simple and contingent necessity. It is very clear that Boethius (or at least Philosophy, if we're being rigorous) recognizes that something can be known for certain simply because it is happening without meaning that that thing could not possibly have not happened. Philosophy explains this at length. I can't imagine Marenbon just accidentally skipped this part, so what am I missing here?

Well, my memory here is a bit rusty but isn't the problem that Philosophy herself doesn't seem to think that that distinction is enough of a solution? She gives the example of seeing something happening (a chariot going by) without its being necessary as you see it occur, but then worries that God's knowledge can't quite work like this because the thing He knows would then be causing Him to know as the chariot causes us to see it. So I think more needs to be said, at a minimum. 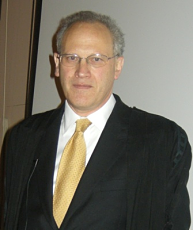