The spread of Islamic scholarship in subsaharan Africa, focusing on intellectuals of the Songhay empire around the Niger River in the 15th-17th centuries. 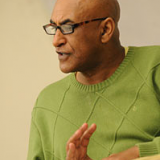 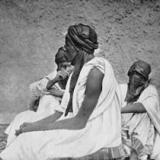 13. Renewing the Faith: the Sokoto Caliphate

• J. Cleaveland, “Ahmad Baba al-Timbukti and his Islamic Critique of Racial Slavery in the Maghrib,” Journal of North African Studies 20 (2015), 42-64.

• J.O. Hunwick, Sharīʿa in Songhay: the Replies of al-Maghīlī to the Questions of Askia al-̣Hājj Muḥammad (Oxford: 1985).

First off, excellent podcast. I've been listening to many old episodes over the past year and it has, fittingly, been a big help in filling in all kinds of gaps in my knowledge of the history in philosophy. I'm currently reading Scotus whom I had barely any notion off before listening to some episodes on him here.

I have a question on historiography. Specifically, are the subsaharan Muslims you are discussing here best discussed under Africana or under philosophy in the Islamic world for example? (I have similar questions regarding philosophy in Ethiopia) As you describe it here there is clearly contact between the north and south of the Sahara in the relevant period as well as a shared religious background. I can't help but get the idea from your past episodes on Africana philosophy that 'Africana' is something of an ad hoc category that better reflects the interests of present day researchers than it reflects a certain philosophical continuity throughout time or in a certain area. Far more so than in the case of Western Philosophy (which was sensibly extended to Islamic and Byzantine philosophy) or Indian philosophy.

I have thought about that a lot, as you can imagine, and come to the conclusion that it is simply fruitless to insist that certain figures/movements be identified with only one historiographical category. The present topic is a great example, because you are right that I could (and probably should!) have covered this in the Islamic world series. Yet on the other hand it is clearly sensible, and in fact very helpful, to situate it within the context of a series on Africana philosophy because the Muslims are here coming up against traditional African belief systems and societies. (This may become clearer to you as we go along, because we haven't done the indigenous traditions yet, but it's coming up soon.) Similarly I realized while doing the Ethiopian episodes and early Byzantine episodes at the same time, by chance, that actually there is one bigger sphere of intellectual activity we can call "Eastern Christianity." It would include Syrian, Armenian, properly Byzantine (i.e. Constantinople), and Ethiopian philosophy. You could do one series just on that. But then, you need to talk about Syrian thought to do the Islamic world properly, and if you only think of Ethiopia as part of the "Byzantine" or Eastern Christian world of late antique and medieval times, then you will miss the connection between the Greek-Ge'ez translations and Zera Yacob and Walda Heywat, because they are much later so would not be part of the story at all. Similarly, we'll eventually be getting to modern Africana thinkers who could equally be part of the story of North American philosophy, French philosophy, Marxism, etc.

Another example could be that it would be entirely reasonable to do a philosophy book on Buddhism, which would cut across the usual distinction made between India and China. And with the Mughals, "Islamic World" suddenly becomes part of India too.

And yet another example: those African indigenous ideas, oral traditions and so on that we're going to look at soon could have been covered in a general series just on indigenous philosophical traditions, alongside Native Americans, Inuit and so on. This would also make a lot of sense since the methodological issues that arise are similar.

My conclusion from all this is that one needs to be flexible and open about historiographical divisions; where you choose to "locate" a given text, author, or tradition will tend to bring out certain aspects and deemphasize others. It would be a good thing if African(a) thinkers were covered more, and in both ways: for instance it would be good if both Africana specialists and Islamic philosophy specialists were interested in the Sokoto Caliphate or Timbuktu. As it is, of course, hardly anyone pays it any attention from either perspective; and I have to admit that my ignorance would have led me to omit these stories if not for doing an Africana series. And bear in mind that Islamic philosophy is my main area of research and that I'm unusually broad minded in my approach: with all due modesty, if even I didn't think of this, that shows you how far off the radar it is.

So in short I am in no doubt that thinking about Africana philosophy as one complex, but still coherent story, is legitimate and valuable. But that doesn't mean that there are no other legitimate ways of covering the same figures and topics; that would however be at the price of "chopping up" Africana traditions and scattering the topics into many other historiographical categories.

As a person coming from a

As a person coming from a muslim/Turkish background, I'd like to point out that most of the issues discussed in this episode are not considered as "philosophy" in the islamic world. They are mostly seen as issues of jurisprudence or "fiqh".

A small note on your comments about "eastern christianity":  By this term, generally non-chalcedonian churches are understood, and byzantine/orthodox church is chalcedonian. Technically speaking, Byzantines are not a part of eastern christianity. Broadly, there are two non-chalcedonian churches: monophysite (armenian+syriac+coptic+ethiopian) and nestorian. Theologically, Byzantine church is much more closer to the catholic church than to these churches..

As for your first point it raises one of the fundamental issues about philosophy in the Islamic world which I tried to get across in the series on that subject, namely that "falsafa" (or equivalents in Turkish, etc) does not mean "philosophy," at least not in pre-modern times. It means "the kind of philosophy that we got from Greek works in translation," so Kindi, Avicenna, etc. From the point of view of the historian of philosophy a lot of interesting philosophy in Islamic cultures is found in texts that, in original cultural context, would have been classified as kalam or fiqh (especially usul al-fiqh). I am actually just editing a book about philosophical issues that arise in Islamic jurisprudence, in fact. Tafsir (Quranic commentary) and adab (literature) are also traditions of writing that have a lot of philosophy in them, and one might also think of history writing in the case of Ibn Khaldun.

As a general matter, I think one of the biggest mistakes a historian of philosophy can make is to restrict their attention to texts that were explicitly labeled in the original culture as "philosophy." Of course in some great traditions, this issue does not arise since they didn't have the word at all (India, China), but in the Islamic and Byzantine cases it is a particularly seductive but pernicious error. 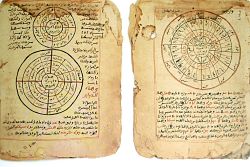