Scotus develops a novel theory of free will and, along the way, rethinks the notions of necessity and possibility. 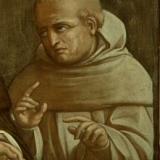 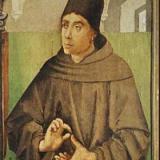 In all podcasts so far (classical, antiquity, Islamic, and medieval) relating to God and free will there seems to me to be two basic positions. Either God doesn’t have free will since he knows what is best and is bound to that decision, or God can do what he pleases, and his actions and decisions define what is good. There is an implicit assumption in this line of argument, and that is that all possible worlds can be ordered by goodness measure in a straight line and that God can make this ordering, this is a tall order to ask for, not of God, but of the realities that we consider. If we eliminate this assumption, it seems to me that there are other ways to resolve this issue, allowing God to have his cake and eat it too, giving him free will but still committing him to be bound to what is good. I was wondering if anyone has argued for this.

First argument (equally good possible worlds): Even though God is bound to do what is best, the set of possible worlds from which God can choose from might not be fully ordered by a measure of goodness, in might be that two possible alternate worlds are equally good, or two worlds are good in qualitatively different ways. The modern moral dilemma of a man standing at the train line next to the bifurcation and choosing which possible bystander will be killed by the train is just such a dilemma of possible worlds with no clear best world to choose from. From the perspective of optimisation in operations research, the possible alternatives that God has would be the points of a Pareto front of equally good and optimal alternative choices. God then, can navigate and make choices along this Pareto front, no problem!

Second argument (stronger assumption, all possible worlds might be morally equivalent): What is good is usually defined relative to some situation which we assume is complete. This is to say that situations can be isolated and do not have consequences beyond the scenario in which we conceptually depict them. But we know (since modern times at least) that reality cannot be easily separated into non-intervening parcels. Take gravity for example, if a rogue planet came crashing to earth maybe God could destroy it, but by doing so he alters the balance of gravity around the galaxy (chaos theory seems to state that), and who knows what other planet we might be sending off to its doom. Quantum entanglement also suggests that changes in certain areas will have consequences in others that we cannot foresee, but God definitely will. What if Gods capacity to see unintended consequences of his and everybody´s actions and his obligation to weigh in all of reality at once make all possible worlds morally equivalent (a good action will be balanced by a misfortune at another part of reality), if this is so then God can have free will and act according to his fancy, in the spectrum of possible worlds that he deems equally good, without having to introduce voluntarism.

This line of argument can also be used to explain why God might have given you free will, already know that you are doomed to hell, yet not change or intercede on your behalf. Interceding and changing reality for an alternate world might leave the global moral spectrum unchanged (yes, we are dispensable :) ).

Thanks for this excellent comment! Your solutions do use some conceptual tools unavailable to the medievals, for instance possible worlds, but also "middle knowledge": God's knowledge that if A were to happen (but it won't) then B would happen. We'll get into that when we reach the Renaissance. Actually one other solution you don't mention is the one Aquinas gives - I think I mentioned it briefly on the podcast at some point - namely that the notion of a "best" possible world is incoherent, because the goodness of the created world can be increased indefinitely without reaching God's infinite level of goodness.

Your second point also reminds me (though I think it is not quite the same) of Alvin Plantinga's idea that all creatures that God COULD create will freely sin in any possible world He creates - each creature is "transworld depraved" as he puts it. Thus no matter what creatures God creates, He sees by middle knowledge that there will be sin and evil. 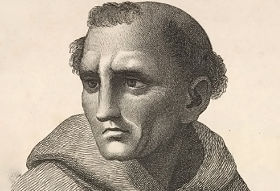