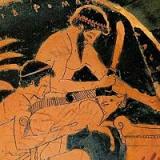 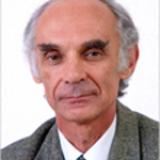 • A. Sheppard, Studies on the 5th and 6th Essays of Proclus' Commentary on the Republic (Göttingen: 1980).

• A. Sheppard, Aesthetics. An Introduction to the Philosophy of Art (Oxford: 1987).

For when I catch up with the main podcast

As you can tell I have a long way to catch up with where you are right now in the podcast, especially since I find myself a bit bogged down by trying to wrap my head around Augustine (I decided to post this question on this episode because it seemed more relevant to the matter). Nevertheless, I wanted to ask for the sake of future me (once I catch up with the podcast) if you plan on making an episode (or more) regarding art in the renaissance (arguably the invention of it) and the elevation of it from "mere crafts" into the realm of liberal arts and the role of artists and artist-writer-theorists themselves in making it so.

I would be very interested and excited to hear your take (or that of one of your colleagues) on the writings of the treatises of Alberti, the "Lives" of Vasari or the writings of Franciso Pacheco and the way they laid the groundwork of what we now recognize as art, design, and architecture as intellectual disciplines. I really like how you emphasize advances in philosophy that are very consequential but do not normally make part of the normal narrative of the history of philosophy because they are made within other disciplines. For me, the development of the concept of disegno as both drawing and design is one example of something developing from the arts with far-reaching consequences both at the time and later on. This ability to design/draw as not a step on the production of material culture, but as a creative and intellectual endeavor (married with knowledge of mathematics, history, literature, etc) as an independent and transferable skill that could be applied to various disciplines could have people like Leonardo or Michaelangelo navigating the roles of court engineers, painters, sculptors, architects, and even take charge of designing the defenses of a city like Florence as it's being besieged, basically the sort of person we think about when we say "a renaissance man".

Also perhaps, it would be interesting to see the consequences of how philosophy and theology were practiced, proselytized, and polemicized from then on in a visual or material format. I would love to see what historians of philosophy think about the interactions of a large part of the population with philosophical and theological thought as happening through (and perhaps also from) paintings, buildings (as you mentioned in the episode of Pseudo Dionisius and stained glass), sculptures, religious rituals and practices (lex orandi, lex credendi) and the momentous massification of images through the printing press. It is hard for me to think of the reformation and counterreformation without considering the role that visual culture came to play in these theological, cultural, and philosophical events and vice-versa. It would also be fun to see how the distinction between the "classic" to be rescued and emulated and the "gothic" that was to be abandoned contributed to the idea of a "renaissance" as rebirth; and how this model of idyllic past to be recovered and present decadence to be abandoned has resonance before and after that period, from original sin and the expulsion of paradise to the socialism of the arts and crafts movement and Ruskin's nature of the gothic in the 19th century, or our relationship with modernism and the fallout of its aesthetic and social utopias, to "making America great again" and countless other examples.

Mainly though, I am curious about how you would work either giraffes, Buster Keaton, James Brown, male-patterned baldness (or all of the above) into all of this.

Right, I actually did talk about some of what you mention here (incuding architecture) in episode 361. I thought about tackling Vasari and the disegno/painting debate but decided it didn't relate well enough to other things I dealt with in the series, and it seemed a bit daunting as well. I will be doing a whole episode soon on the printing press and its impact, though. 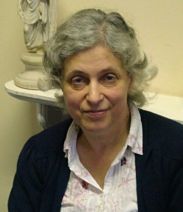