321. Judith Herrin on Byzantium and Islam

Historian Judith Herrin joins us to talk about competition and mutual influence between Islam and Byzantium. 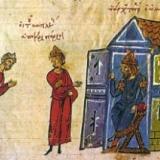 320. People of the South: Byzantium and Islam 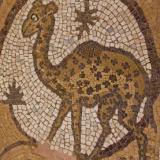 322. Do the Math: Science in the Palaiologan Renaissance

• J. Herrin and G. Saint-Guillain (eds), Identities and allegiances in the eastern mediterranean after 1204 (2011).

• J. Herrin, Margins and metropolis: authority across the Byzantine Empire (2013).

Peter, good episode; however, you said that it is weird some Byzantine polemicists considered Islam a form of Christian heresy. Although, their rhetoric was primarily motivated by critiquing Islam there are a number of serious modern scholars such as Crone, Luxenberg (pseudonym) and Crook who have put forward theories which make a similar claim. They have somewhat backtracked a little based on further research but their general hypothesis still stands.

Yes, that's a good point actually. I guess the reason I think it is weird is that from the viewpoint of these medieval Byzantine scholars who would not have been privy to such detailed information about the early emergence of Islam, the claim would be pretty wildly unjustified. So I think it was really pure polemic at the time even if there was something plausible about the claim, as it turns out.

Great episode! I have greatly enjoyed the podcast thus far, having "binged" them all in three weeks. If I may, I have only two points, both of which regard future podcasts; and from the outset, I apologize if you already had these particular issues in mind:

(1) Byzantine satire. When you discussed ancient philosophy, you mentioned the satirist Loukianos (Lucian). Loukianos was well educated in contemporary philosophy, and he provides various satires of philosophers. These serve not only to "make fun" of the philosopher, but they also provide criticisms for particular philosophical schools that existed at that time. The Byzantines (eastern Romans) continued this tradition, e.g. the Timarion, and continued to satirize philosophers, philosophy, and Christianity, including the fundamental precepts of their belief, usually in dialogues concerning journeys to Hades, in the vain of Loukianos' "Dialogues of the Dead". I realize these figures are satirizing philosophy, and engaging in refutation; not necessarily positing any positive philosophical theories, but I wondered whether this might be an area of interest for you. For example, I have met some philosophers who consider both Dostoyevsky and Camus to be existential philosophers, and others who argue they are not philosophy.

(2) Byzantine aesthetics. In particular, aesthetics as expressed through church architecture. The Byzantines, in general, utilized earlier Latin architectural and aesthetic authors, e.g. Vitruvius (of Vitruvian man fame); neoplatonic conceptions of god, the universe, proportion, and harmony; as well as Christian theology, in order to construct their churches (particularly the characteristic dome). In some sense, these builidings serve as the embodiment of particular Byzantine conceptions of aesthetics, the universe, the nature of god, and the place of the human being within the divinely created universe. Indeed, these Byzantine aesthetics (as expressed through the church) are supposed to have influenced later Ottoman mosque aesthetics, post the conquest of Constantinople in 1453. Admittedly, I may not have expressed this idea in a good manner, as it is not my area of specialty - I am a graduate student in the ancient and medieval history of philosophy - but I have heard other members of my faculty (the centre for Byzantine, Ottoman, and Modern Greek studies at the University of Birmingham, UK) speak of these aesthetical aspects of Byzantine church architecture, and I thought it might be of interest to you and your podcast.

Thank you very much for the podcasts, and all of your hard work in producing them. I can say they have been incredibly useful to the formulation of my own ideas, and introduced me to authors and concepts of which I would otherwise have been ignorant.

Thanks for the suggestions! Sadly these come a bit late because I have already recorded the last episodes of the Byzantine series apart from the very last one, which I'm writing now. I actually had Byz. Aesthetics down as a possible topic on my list but decided in the end that I'd be doing some stuff on Renaissance aesthetics which will be in the same volume of the books based on the podcasts, so I sort of have the topic covered in a related culture at least. Plus I was starting to feel like this part was enough episodes and I should move on. Maybe I should have done it though.

The satire idea is brilliant and actually I did mention that in passing in the Italos episode, I think - but again that would have been good to focus on more!

Anyway glad you have been enjoying the series despite these missed opportunites.

There is actually an interesting Byzantine genre of animal satires including the Synaxarion of the Honourable Donkey, An Entertaining Tale of Quadruped, the Book of Birds, the Battle of Cats and Mice and the Book of Fish. There is even a Book of Fruit. However, from my reading of the secondary literature, scholars have not agreed yet whether these satires are lampooning the clergy, bureaucracy or learned men (usually philosophers). 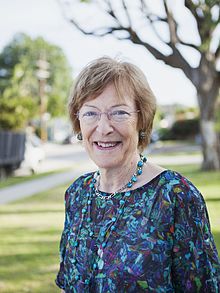