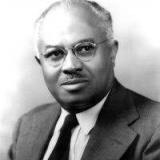 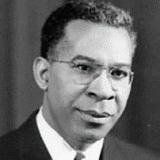 The episode on CLR James was a welcome Xmas surprise, with the bonus tease of an upcoming one on Eric Williams. Good to comment on the contradiction between James and Williams, the latter assisting in James' writing as you mentioned, but also James consulting on the production of 'Capitalism and Slavery'. Suffice to say, Williams had early Marxist influence as a student but ended up on a more neoliberal (of the non-aligned variety) path as statesman.

Unless only addressing Trinbagonians migrating as a career or mature move, I would suggest adding another name to your mix of those having noted impact in the USA or internationally: Stokely Carmichel (Kwame Ture), who moved to the USA in his youth (like Nicki Minaj, lol.)

I seem to recall that CLR James was influential Carmichael in adopting a more challenging stance on Black Power, which ultimately may or not have contributed to the more radical change in tenor of MLK, with whom Carmichael had access as well. The USA probably deported James with "good" reason, but he helped get the ball rolling!!

We actually have an episode planned on Black Power, so he will be covered then! Thanks for the encouragement, glad you are enjoying the series.

You say around the 8-minute mark that Marxist thought is a "impersonal historical force" that acts "deterministically".  It has been a while since I read Das Kapital, or anything else by Marx, but this seems to be an overreading of his claim that the fall of capitalism is inevitable.

While it may be tempting to read inevitable as meaning "it is a fixed event that is going to happen in a fixed way at a fixed time", and then from that conclude that it must be produced by a ghostly immaterial historical force, it is only really tempting if we are uneasy with the idea that something can be an inevitable consequent without having necessary antecedents.  However, if we look at the usage of inevitable, we find that this use of inevitable is actually a narrow minority, and virtually all usages of inevitable do not cohere to this reading.  Here are some examples:

Likewise, if I ran an art museum with no security, it is inevitable that something will get stolen.  Again, though, this is not positing a deterministic "theft" event, it is caused by an "impersonal social force".  It only means, at some point, something is going to get stolen.  When it does, it will be done by a person.  And that person will choose to steal it, not be guided by some social force.

This would then make it unclear if there is any tension between Marx's inevitable collapse of capitalism and great man theory, since a great man acting as an event (or part of a series of events) would fit the intuitive understanding of the inevitability well.  It would, however, then lead to a more interesting tension, where the "great man" seems to be a "natural class" of people, which seems at odds with a classless society.

A philosophical analysis of the common gambling phrase "the house always wins," treating it as "it is always true that the house wins" would make for a funny parody of a modern academic philosophical paper

Yes, good point - actually the sense in which Marxism is "determinist" comes up in the earlier interview with Vanessa Wills. I also suspect that CLR James would agree with you that Marxism and actor-centered history can be reconciled. However in the secondary literature on The Black Jacobins this is often discussed as a tension within the work so I think it was still important to address it. Basically what you are offering is a possible resolution, and actually isn't that far from our way of resolving it in the sentences following the bit you quote here, right? (Still maybe you could accuse us of setting up a straw man problem.)

Hi Peter!  Thank you for another great episode, you have been an inspiration to me in wanting to go back to school for philosophy.

This was one of the few thinkers you've talked about, along with DuBois and Claudia Jones that I am familiar with.  I was originally a history major and got interested in philosophy through reading Marx and other Marxists, as I was tired of hearing so many contradictory statements made about Marxism in my studies.

That being said, I'm honestly a little disappointed that you do not have an episode covering Harry Haywood and his Black Belt thesis that advocated for self-determination for Black people as a nation in the South.  His work was influential enough to become Communist Party doctrine for a couple decades, helping to inspire the drive for sharecroppers unions in Alabama and other states, and he wrote at least three works on the subject, one which can be seen as a defense of the theory after the migration of southern Black families to the North and West during and following WW2.

His life is also fascinating - fighting in WWI, returning home only to defend his community in a white race riot, traveling to and studying in the USSR, falling out with the White leadership in the CP at home, fighting for the Republican cause in the Spanish Civil War, and finally returning home only to have his party back track on its earlier endorsement of his position.  He spent the rest of his life advocating for a refoundation of the Communist Party, seeing it as revisionist in the Maoist sense.  So not only is his work philosophically important, but his life story would make for an exciting episode.

I imagine it's too late to add an episode on him, but I've seen a revival of his work amongst Black Marxists in recent years, and think it's definitely an unfortunate "gap" to have in the podcast.

Yes, that's a fair point! Maybe Chike and I could add coverage of him for the book version. 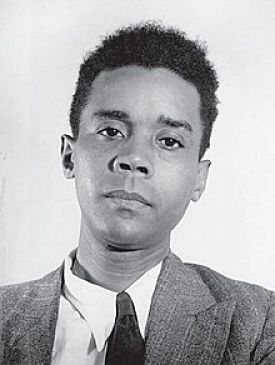