In this part of the series, Peter examines the philosophy of the Hellenistic age (from the death of Aristotle until roughly the 1st century BC) and late antiquity (until roughly the 5th c. AD). Major topics covered include the Hellenistic schools (the Stoics, Epicureans, and Skeptics) Neoplatonism, and ancient Christian thought. Along with prominent figures such as Pyrrho, Chrysippus, Epicurus, Lucretius, Seneca, Marcus Aurelius, Epictetus, Plotinus, Origin, and Augustine, Peter looks at lesser-known figures and movements, such as the Cyrenaics and a number of Church Fathers, who are often left out of the history of philosophy.

The book version of these podcasts is available from Oxford University Press.

For general bibliography see the top page of each sub-menu: 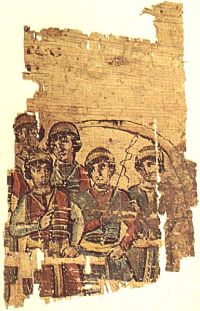