The life and thought of Marcus Aurelius, Roman Emperor and author of the classic text of Stoic self-examination, the Meditations. 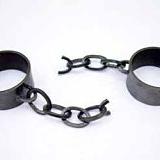 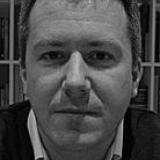 68 - John Sellars on the Roman Stoics

I just listened to this podcast, and was wondering if the emphasis on ethics in Roman Stoicism was actually reflected in the deeds of Aurelius? He may not have gotten angry, or felt sad when his kids died, but did he rule in any way that particularly reflected Stoic ethics?

For that matter, was it considered virtuous to keep slaves, torture, or other things that we might find abhorrent in modern times.

Thanks for a great set of podcasts Prof. Adamson!

Marcus as a ruler

That's a really interesting question. Certainly Marcus has a high standing among historians (and later Romans) as having been a particularly good emperor. He had to spend much of his reign dealing with crises, especially military ones, which kept him a bit on the back foot unlike someone like Augustus who had time and means to re-shape the Roman world as he saw fit. If only for that reason I think we see Marcus' Stoicism coming out more in what we know of his personal life, e.g. he is reputed to have been quite moderate in his lifestyle. And that shouldn't be sharply distinguished from his style of rule: emperors ruled in large part by setting an example of conduct and it's not totally misleading that we remember someone like Caligula more for his, um, colorful personal life than his decisions as emperor.

I highly recommend the History of Rome podcast which covered Marcus, and everything else up to the fall of the Western empire, exhaustively from a historical perspective.

And by the way, not only did Marcus apparently find Stoicism compatible with institutions like slavery (perhaps Stoicism can even support this by encouraging us to think that slaves are just providentially destined for their role in life), but also the persecution of Christians. He wasn't one of the worst persecutors among the emperors by any means but he was no friend of this new faith.

It's hard to say how much

It's hard to say how much Marcus' philosophical thoughts shaped his behaviour as ruler given that the evidence for the latter is limited, though one might look at the biographies of him, by Birley and, more recently, McLynn.

One theme that does emerge throughout the Meditations though is accepting and making the best of the roles in which one finds oneself. Marcus is emperor, like it or not, so he has to work to try to do the best he can in that role, he continually reminds himself. The same would presumably apply to slaves. Peter is quite right to note the role a commitment to providence might play in this acceptance, but Marcus often says things like 'well even if providence doesn't exist, this is where you find yourself, so do the best you can'. This picks up a much earlier Stoic theory of differing roles (personae) and the fact that appropriate acts can vary for people in different roles. A very different outlook to most people today.

Thanks for enlightening me. I had envisioned something like Ashoka with Aurelius, in which his philospophy affected all aspects of government. Maybe I need to think of these Helenistic schools as being more focused on introspection than one's actions toward others.

Hi Peter and anyone else!

I recently read through the Meditations and found the two central tenets to be these:

1) All harm is self-inflicted: nothing considered harmful, like pain, damaged or destroyed relationships with other people, the loss of material wealth, etc., is harmful per se. Only the mind's evaluation of these things as harmful constitutes harm, and the mind is always free not to evaluate them in that way.

2) The good for humans is to (try to) do well by our fellow humans. Aurelius constantly reminds himself to be kind to others, because this is the end of human life. One argument given to support this is that in the providential order of nature, everything inferior exists for the sake of the superior, and superior beings exist for each others' sake.

But combining these tenets seems difficult to me, in a way that Aurelius never addresses. If nobody can really harm anybody else, can anybody really benefit anybody else? It seems like any interaction between people should count as "external" to their reasoning faculties and hence as "indifferent." The good, then, seems rather vacuous: surely Aurelius can't mean that the only good for us is to futilely wish good for others that consists only of them futilely wishing good for us?

Apologies if this issue has been addressed somewhere else already!

Yes, that's a deep problem about Stoic ethics, and maybe ancient ethics in general since authors of all schools tend to justify altruism on the basis that it is good for each of us (i.e. will help us as individuals to flourish) if we act altruistically; which seems to some to fall short of genuine altruism. But I agree the problem is especially acute in Stoicism. Following Epictetus, Marcus seems to be saying that what matters is willing to do the right thing, and what happens in the actual world as a result is in a sense neither here nor there. Indeed, we mustn't make our happiness dependent on our willed action succeeding, since that is not within our power. I think the upshot is that although actually, successfully managing to benefit people is ethically neutral, willing to do good and thus _attempting_ to benefit them is very important, because it is part of what it means to be virtuous. Incidentally some similar issues arise in a much more recent podcast episode, number 209 on Abelard's ethics (his position is close to that of the Stoics, as Abelard recognized himself).

I wonder if this problem, though Aurelius never addresses it explicitly, might in a way lie behind the composition of the whole text. The motivation for writing many of the Meditations seems to be to exhort himself to think and act rightly, often with a sense of urgency: he says at one point, "No more roundabout discussion of what makes a good man. Be one!" But so much of the rest of the book consists of reminders that all earthly things are fleeting and worthless. In such a world, why make the effort to get out of bed in the morning, let alone be a good man?

I did think of some answers Aurelius might make, though, to the objection that intending good for others is pointless since you can't actually benefit them. One is that he might think people are benefited to some extent when they achieve their aims, even if those aims are misguided. He says at one point that it's cruel to prevent them from going after the things they think good, and this would seem to be a corollary of that. So even though Aurelius knows wealth, health, etc., are really valueless, maybe it's at least marginally better to have those things than not to have them if you do think them good. Another sign of this is that, when Aurelius consoles himself that one is not really harmed by loss but by the judgment that considers loss harmful, he doesn't say that the harm really came about when the person valued the thing to begin with, nor that a person who gained some equally worthless thing would be equally harmed without realizing it.

Another thing he might say is that we can benefit others by teaching them the Stoic doctrines, allowing them to become good men. Aurelius certainly gives a lot of credit for his own moral goodness to his instructors in Book I, and he says at one point that corrupting ideas are contagious like the plague, but much worse since the plague can only infect the body but bad ideas infect the mind. If he did think the good man's duty was to educate others, though, the way he talks about educating others is strange. It usually comes up when he's arguing himself out of anger with someone less enlightened: "If it bothers you so much, don't shout at the man, teach him." This doesn't make it sound to me like moral education is a duty Aurelius takes very seriously. And he didn't, as far as I know, launch a grand campaign to teach Stoic virtues throughout the realm. This doctrine (and any that would allow people to benefit each other) would also have the side effect of making human well-being not entirely up to the individual. It wouldn't be true any more in a robust sense that all harm is self-inflicted and the good man has nothing to fear: he could become bad due to exposure to particularly convincing bad ideas. The external world of the senses would thus become a matter of legitimate concern once more even for the good man, something I sense Marcus Aurelius would never want.

I found two online versions of Meditations via Project Gutenberg, and they are quite different.   Peter (or anyone), do you have a translation you'd recommend?   Thanks.

I'd recommend either the Grube translation mentioned in the "further reading" above or perhaps the Oxford Classics version - mostly because both should be easy to get and affordable, I imagine both will be quite reliable as well.

Did historic philosophers tend to regard other philosophers they disagreed with (say, from a different school) in a higher or lower regard than non-philosopher?  Or, to put it another way, did they view non belief, or wrong belief, as the more pitiable existence?

And another question.  MA seems to have been pretty open to rival ideas as having merit.  Did most of these historic philosophers view their own ideas as right and everyone else's as wrong?  or were they more in line with "I have the most plausible theory, but the others may very well be closer to the truth"?

Interesting questions. I think the answer to the first is easy: generally the philosophers think of other rival philosophers as being fellow members of the eilte and thus obviously superior to the common folk. The only exception would be philosophers with views beyond the pale e.g. heretics in the middle ages, or hedonists and atheists in antiquity.

The second question is harder, and probably impossible to answer across the board. I think Roman Stoics like Marcus were so practically oriented that they might have felt any philosophical view that helps us to be happy has something to be said for it; Marcus in particular is not very dogmatic. But in Hellenistic philosophy there is a lot of interschool rivalry so in general I think they were not usually open to admitting the other side may have a point. More typical would be to absorb strong points or useful vocabulary from other schools, with Plotinus doing that in a big way when he integrates so much Aristotle and Stoicism into Platonism.

found two online versions of Meditations via Project Gutenberg, and they are quite different.   Peter (or anyone), do you have a translation you'd recommend?   Thanks. 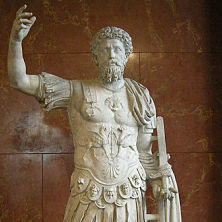