147 - Laying Down the Law: Ibn Ḥazm and Islamic Legal Theory

The development of Islamic law and jurisprudence (fiqh), and the many-sided output of the legal theorist Ibn Ḥazm. 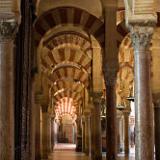 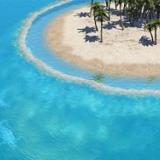 • P. Adamson, Philosophy and Jurisprudence in the Islamic World (Berlin: 2019).

• C. Adang, M. Fierro and S. Schmitdke, Ibn Ḥazm of Cordoba: the Life and Works of a Controversial Thinker (Leiden: 2013).

Thanks to Nora Kalbarczyk for her help with the research on Islamic jurisprudence!

Best history lessons I ever had

This history of thought is the best possible way to get a grip on history. School history was kings queens and dates. My later education in history, garnered where ever I can, is episodic and I always had trouble fitting it together. This method makes so much more sense and puts it in context. Thanks Peter! Nobel prize earner.

I'd be careful of using the term homosexual (or for that matter heterosexual). Homosexuality, as a concept, is a very recent development, a concept pre modern Muslim literati probably did not concieve of. Same-sex relationships were not typically seen by Muslim jurists as abnormal, pertaining to specific individuals who possess exclusive desires that mark them out as psychologically or biologically distinct from the rest of society. For the most part, same-sex interactions seemed to be seen as pretty normal, operating in a similar pederastic fashion found in Ancient 'Greece'. What jurists found abominable was anal sexual intercourse and the presence of beardless boys in particular social settings, such as mosques, khanqahs or bath houses. While jurists did see sodomy as a serious offence, they did not seem to think that chaste relationships or asthetic desires were in anyway deviant or morally incorrect. Virgin women are not the only things promised in the Quranic paradise, the text also makes reference to handsome young men. Which sparked a heated debate as to the permissibility of sodomy in the afterlife and the permissibility of gazing at youths as a mystical exercise.

It's also noteworthy, that the bulk of pre-modern Arabic poetry tended to be written with a masculine gendered beloved. While, from personal experience, most Persian and Hindustani poetry seems to be gender ambiguous unless otherwise made explicit. Some Arabic writers even seemed to think restriction to a single sex was a bad character trait, marking one out as coarse and animalistic.

To interpret Ibn Hazm's gesture as liberal, and expressing his alleged views on "homosexuality" to evidence this, seems like a wishful projection on the past by some. It assumes that Ibn Hazm's worldview operated on classifications established by modern medicalised sexual epistemology and that his legal opinion was somehow unique, which wasn't the case considering it was an opinion almost identical to virtually all well known Hanafi jurists. Moreover, the literalist approach of Ibn Hazm is a sword that cuts both ways. He's a man who is quite popular with Muslim modernists and Islamists, Salafists in particular. A group often stereotyped as the antithesis to liberalism, and do often possess conservative trains who often hold quite strict and draconian views.

Closer to the subject matter of the podcast, it's been argued by some that Ibn Hazm's effect on the Zahiri school was overall detrimental and the mazhab was far closer to Ahl Al-Ray than is often stereotyped.

Anyways, sorry for the long winding rant. I can't help nitpicking. Plus, here's an interesting factoid. Dawud Al-Zahiri, the founder of the school, had his son, Muhammad, apparently die of frustration at a young age after falling in love with a young boy.

Thanks, that's very interesting. This episode is a while back but actually I think I even thought about whether to use the term "homosexuality" for the reason you mention - this will come up again in an episode on medieval Latin thought where I plan to discuss medieval conceptions of sexuality. But in the end it seemed unavoidable as a shortcut in this context. Obviously I was drawing here on the Adang article, which I found so surprising and fascinating that I wanted to include the material. I like the irony that his literalism could have paradoxically "liberal" results, though I certainly take your point that this wouldn't always be the case.

When you mentioned that, although I have another comment (waiting for admin approval...) about the homosexuality part, I did get your meaning about liberalism - though not as a modern political platform.

Saying "Actually, we need to totally ignore the current legal rulings and go back to only what is literally said in a single text" seems to me like a huge statement against authority. Like if I marched into the Supreme Court tomorrow and said "None of this stuff is mentioned in the Constitution! Abortion is legal everywhere! So is racism! Cops can do whatever! No one cares about national banks! Stop listening to the judges and let's get back to our roots!" I think I would make literally everyone on the political spectrum mad.

As a hopefully-unrelated sidebar, you mentioned mixed drinks at some point a few hours ago while I was working, it sounded good, and I just got off work 16 minutes ago and promptly drank a bunch of rum. My philosophy opinions may be affected accordingly.

Not for the layman

The works of Ibn Hazm is indeed too advanced for the regular layman Muslim mind you.

So still having the Talmud in mind, it's really surprising (although probably shouldn't be - RIP Great Man theory) that I recognize some of these movements as being similar to the Hillel vs the Shammai followers in the Talmud. And Rabbi Akiva who I always consider the most memorable.

But for other reasons, it just so happens I have A Rainbow Thread by Noam Sienna here on my bed as I'm listening, so I can actually cite a reference for once - I know that as we're around the 11th century, the Arabic-originating genre of homoerotic love poetry in Spain gets big in Hebrew too. Hearing a relatively-relaxed ruling makes me think that Ibn Ḥazm could be part of the cause. I wonder if the dates of the ruling line up.

I just saw the word "Plato" while skimming and hey! Shlomo Ibn Genirol is mentioned as:

also being known for his philosophical composition, Fons Vitae (Fountain of Life), a Neo-Platonic dialogue on the nature of Creation preserved only in its Latin translation.

Neat! Looks like despite somebody's objections (AHEM), poetry and philosophy really do cross over.

And hey, I wrote all that before the mention that Ibn Ḥazm did poetry too... Maybe it was really popular at the time!

Which verse in the Quran?

An interesting episode. I listened again because the prohibition on wine has become a real world issue for me.

At around 4 minutes in, you say that the Quran has a verse that states that God laid down different laws for Jews, Christians and Muslims. I made a quick search to try to find that verse, but didn't find anything that seemed suitable. Could you please let me know the name and number of that verse? That sounds fascinating and may have many implications. Anyways, I would like to read that for myself and to look up what the scholars may have to say about it.

I can see that the Africana series should be coming to end soon, so I'm looking forward to listening to that. Thanks for the podcasts :)

That would be Quran 5:48: We have revealed to you O Prophet this Book with the truth, as a confirmation of previous Scriptures and a supreme authority on them. So judge between them by what Allah has revealed, and do not follow their desires over the truth that has come to you. To each of you We have ordained a code of law and a way of life. If Allah had willed, He would have made you one community, but His Will is to test you with what He has given each of you. So compete with one another in doing good. To Allah you will all return, then He will inform you of the truth regarding your differences.

Admittedly, not a crystal clear basis for the claim about different laws but it could certainly suggest this idea.

Thank you. Yes, it seems to…

Thank you. Yes, it seems to state what you said. No doubt that's old news to religious scholars, but it was a surprise to me. Perhaps it shouldn't be given I knew that Islam talked about the "people of the book", the prominent role of Abraham and that Islam has a different interpretation of what happened with Jesus on the cross. Islam does follow on form the other two. Very interesting. In cultures that believe in rebirth, it seems there might be less concern with helping those at the bottom of society, because those people may be at the bottom of society as part of the just consequences for misdeeds in a previous life. It may not simply be misfortune. To try to help them might be unjustly interfering in the just ordering of the universe. When I get a chance I will read all of book 5 of Quran and think about it. Similarly, there are probably things that follow from God giving different peoples different laws to live by. Thanks again.

What you are saying makes intuitive sense but I am not sure it really fits with the historical record. One of the five pillars of Islam is a tithe which was used in part to help the poor, and if I think back to when we covered the Christian Church Fathers on the podcast, I recall that the Cappadocian Fathers (who are pretty early) already emphasized helping the poor, lepers, etc. And of course that is also a theme in the New Testament. It's worth thinking about this apparent paradox: like, why devote so much energy to helping people in this life if the next life is what matters? In general that is a tension that you find in traditions with strong emphasis on the afterlife, including Platonism - scholars have often discussed how a figure like Plotinus can really explain the need to pursue practical virtue as opposed to just seeking union with the Intellect.

When I wrote "In cultures…

When I wrote "In cultures that believe in rebirth", I was thinking of India, the various religions there and the caste system. Not of Islam and Christianity. Perhaps I should have said reincarnation. Had it in my head that with rebirth you come back as a person, but with reincarnation you can come back as anything, a giraffe, for example. I agree with the apparent paradox of helping people in this life, if it's the next life that matters.

Just to clarify, is rebirth or reincarnation part of Islam?

Oh, I'm sorry, I read that too quickly and thought (given the context) you meant cultures that believe in an afterlife. No, you're right, belief in a reincarnation cycle is vanishingly rare in Islamic culture. They certainly knew about the idea (from both Greece and India) but only a few fringe thinkers believed in it as far as I know. 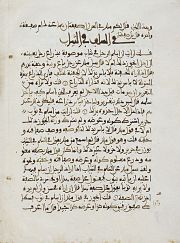