T. Thomas Fortune uses newspaper editorials to put forth a theory of civil rights and sets out a plan of political action for protecting them. 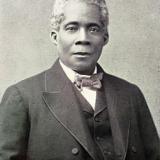 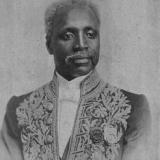 • T.J. Curry, "The Fortune of Wells: Ida B. Wells-Barnett's Use of T. Thomas Fortune's Philosophy of Social Agitation as a Prolegomenon to Militant Civil Rights Activism," Transactions of the Charles S. Peirce Society 48 (2012): 456-482.

I know it might be a bit late to talk about this subject, but as "without any gaps" is a major ambition and distinction of this podcast, I should note that bypassing Afro-Brazilian works and thinkers would be a great gap in a History of Africana Philosophy. I am aware that most material is not easily available in English (even in Portuguese there is much forgotten things and research to be done), but of the late nineteenth century, I would highlight at least two major figures:

a) Luís Gama ( https://en.wikipedia.org/wiki/Lu%C3%ADs_Gama and https://www.blackpast.org/global-african-history/gama-luis-1830-1882/ ), arguably the most prominent Brazilian Black activist of the nineteenth century, who helped freed about 500 (ex-)slaves through his informal work as a lawyer (he famously stunned a Brazilian judge when remarked that "any slave who kills his master is acting in legitimate self-defense");

b) Machado de Assis ( https://en.wikipedia.org/wiki/Machado_de_Assis ), whom Harold Bloom once called "the greatest Black western writer". Now, this one would raise a more nuanced subject, that is, because of Brazilian colorism/shadeism, he was often seen not as a Black man in Brazil, but as a mulatto - and probably has been regarded as best Brazilian writer of all times almost undisputed since the late nineteenth century because of this different status. As he does not seem to aknowledge himself as a Black man, he writes about slavery and Black people as an outsider, with the same irony which distinguishes his look on everything. Yet his literary work is full of references to all history of Western thought,as he was profoundly influenced by Pascal, Schopenhauer, and the philosophical ceticism(s). His characters include Quincas Borba, a philosopher founder of the "Humanitism" (a satire of social darwinism quite reminiscent of Voltaire's Candido) and Simão Bacamarte, an Averrois-admirer alienist who tries to cure an entire town of its mental diseases.

Though there are many other relevant literary authors, as middle-nineteenth century Maria Firmina dos Reis, late-nineteenth Cruz e Souza and early-twenthy century Lima Barreto, I do think these ones are of greater philosophical importance. I am trying to avoid major events like Quilombo de Palmares (a slave revolt which managed to build a fugitive community that lasted almost the entire 17th century) and the Malê Revolt, as both unfortunately lacked its own Barons de Vastey.

Thanks very much for this useful comment! We had been thinking about this as well and will include an episode on the topic in the Africana series. I think it will probably focus on abolitionary authors, especially Joaquim Nabuco and Luiz Gama, and at least touch on Machado de Assis. Of course I may also come back to do more comprehensive coverage of Brazil when I do a future series on Latin American philosophy (which is not part of any concrete plans yet but I do hope to get there at some point).

I want to join Peter

in sincerely thanking you for this extremely helpful and informative comment! You really helped to shape the series, as the episode on Brazil is recorded and on its own way, and I for one have become quite fascinated by Luis Gama. 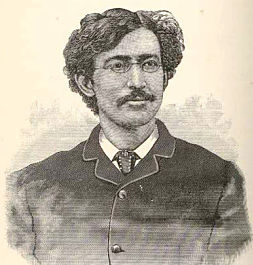 Episodes 29 - 67: Slavery and the Creation of Diasporic African Philosophy