243. The Ox Heard Round the World: Thomas Aquinas

An introduction to Thomas Aquinas, his views on faith and reason, and his famous “five ways” of proving God’s existence. 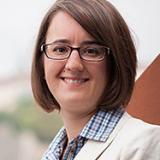 242. Therese Cory on Self-Awareness in Albert and Aquinas 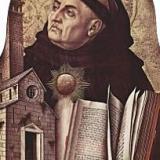 244. Everybody Needs Some Body: Aquinas on Soul and Knowledge

• A. Maurer (trans.), St Thomas Aquinas: Faith, Reason and Theology. Questions I-IV of his Commentary on the De Trinitate of Boethius (Toronto: 1987).

Faith is not like the case of an optician who knows that parallel lines will never and he knows that because geometry has told him so. Supernatural faith is the response to God's self-revelation which comes about primarily in the persona of Jesus Christ, although also prepared by the Old Testament. Of course, the optician could be fully confident that the geometrician is right, but there is a chance that he is wrong. In the case of faith as a response to God's revelation, confidence is placed in God who can neither deceive or be deceived. This is due to the motives for this faith are principally boiled down to the fact of Jesus' resurrection from the dead, plus the fact of the Old Testament prophecies and his extraordinary miracles. For more on the resurrection see N.T. Wright's work on the matter.

Well, you're arguing here with Thomas here, not me. And actually you are mostly agreeing with him. He would certainly also say that faith has the highest possible degree of certainty and that theology as a science is grounded in God's knowledge, which is as certain as it gets. The reason he draws the analogy to human sciences like optics is that those sciences are also in themselves completely certain, because they are grounded in rock-solid first principles. Here it's important not to confuse how certain something is in itself with how certain a given person might be about it: so for instance a valid mathematical proof is 100% certain even if a math student is not totally confident that the proof works. When you allude to things like miracles and so on, that might increase our subjective feeling of certainty but it has nothing to do with the certainty of theology and its grounding in God's knowledge - that has objective certainty, like the mathematical proof in itself, whether or not we are "convinced" by things like reports about miracles.

Weirdly, the third proof you bring up isn't as inherently confusing as you make it sound, which means I haven't thought it through enough.

I think that the way I (and presumably Aquinas) define "possible" is like - if something never existed, doesn't exist, and never will exist, it makes no sense to call it a real "possibility." Since we have no knowledge of the future, we can say "It's equally possible for me to roll any number on this die," but if we did have true knowledge of the future, we would know that the only possible number for us to roll is 6. So I understand what Aquinas implies, that anything possible is guaranteed at some point to happen.

But maybe Aquinas is assuming that time is infinite. If so, it makes sense to claim that anything we would consider to be "possible" (if we're right) is guaranteed to happen by chance. I would want to check with a mathematician before I claimed that, but it sounds right. So in that case, no matter how small the chance, it sounds right to claim that "If nothingness is possible, it will have happened in the infinite past and will happen in the infinite future." Maybe in that case, the problem is that we are assuming the possibility of nothing existing, when (as you hinted at) maybe it's possible for some things to not exist, but not for nothing to exist. And again, the only way to prove that it's possible for nothing to exist is to know whether it has actually happened or will happen.

So maybe what Aquinas proved is that (assuming we do truly exist now) that non-existence is impossible in our past (due to causality). But we can't use that same causality to prove that nothingness is impossible in the future, right? Except if we are saying that the infinite past equals the infinite future, where all possibilities in the past have been exhausted, proving that nonexistence of all things is truly impossible, meaning that something must always exist in the future too. Again, I would have to ask someone who understands math.

But in any case, this feels like I am going against Aquinas's point, since if anything this is disproving the concept of creation ex nihilo (although if you say God is the only thing in the past and future, then God is the eternal existence we're talking about - but it could easily be like, a single atom instead).

Actually if you look at this old episode:

and scroll down, you'll see that there has been a long running debate on that page about whether, given an infinite amount of time, any genuine possibility must be realized.

Just to make one small point: we need to specify what we mean by "possible event," like a type of event or a more specific one-off event. The famous example of my possible but non-existent sister, for instance, wouldn't be affected by the addition of infinite time (it's not like an infinite future would give my parents to rectify the oversight of not giving me a sister). With types of events, it may seem more plausible, like if in an infinity of coin flips (or even moderately large number) the coin never lands heads, that looks like something is preventing it from happening. So we might wonder whether "nothing existing at all" is more like the first or the second case. 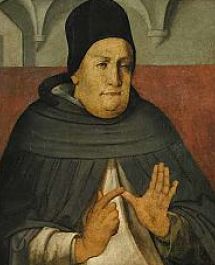