A whirlwind tour of philosophical literature in India. 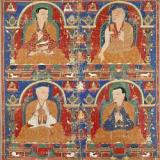 1. Begin at the End: Introduction to Indian Philosophy 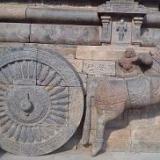 Enjoying this! One question:

Enjoying this! One question: you use terms like "metaphysics," "epistemology," "philosophy of mind"; did Indian thinkers actually divide philosophy into similar categories, or did the difference in their philosophical ideas lead them to connect those topics in different ways than in Western philosophy?

That's a good question. To a large extent we are using these as anachronistic terms (of course one could say the same in many cases in approaching pre-modern European philosophy) but they have terms that line up pretty well with e.g. "logic" or "knowledge," which licenses talk about "epistemology". Likewise for "mind" since they have terms that are translated that way, though of course the interesting thing is often to see how they are conceiving of mind or knowledge differently than traditions we may be more familiar with. Of the terms you mention "metaphysics" is probably the trickiest one to use in this context.

This is really great! Really Helpful :)

Another school of philosophy

Hi, i was wondering if you are coming up with anything related to Philosophy of Sikhism

I guess we would definitely do Sikhism if we eventually get back to India and do a further series on later philosophical developments (which I hope we will), but the Sikhs don't appear in this series for chronological reasons.

I have always suspected that the claims to 1 united universal culture might be a little bit dubious.  Did China's culture really survive the various civil wars and occupations while Europe lost its greco-roman culture and built a new one from scratch?  Are the Dravidian speakers of Bengaluru really more unified culturally to Hindi speakers in New Delhi than the Austrians of Vienna are to the French speakers of Paris?

With languages, we often point out that the spoken language divides are often absurd mappings of political boundaries.  That Swedish and Norwegan are more intelligable as spoken languages than some dialects of Italian are to each other.  So my instinct would be to assume the cultural thing to be along this line.  There is a China right now, there is an India right now, but there are many European nations.  Further, when we refer to history, we talk about ancient China and ancient India, but we don't talk of ancient Europe, but rather ancient Rome and ancient Greece.  So our Greco-Roman (and Germanic) legal and cultural traditions are likely to be understated, while China and India's would be easy to overstate.

However, this is just my instinct, and I have not done all that much research on the topic.  So I was wondering if you could go into more detail on why you might say India's culture lasted longer.  I look forwards to hearing more about this topic!  Also, unrelated, I was wondering if a north/south divide formed in Indian philosophy, and if Dravidian philosophers did philosophy in Dravidian, or if they also used Sanskrit/Hindi/Whatever the northern philosophers were using.

Yes I definitely agree - actually a point we have made a lot in the Africana series is that it is wrongheaded to think about one unified African "culture" with one set of philosophical presuppositions. And India is obviously a very varied place, at any one time and also across time, just like Europe, say. I think though that in the case of India we can at least point to a fairly stable and remarkably long-lasting textual tradition which, roughly speaking, takes its departure from the early Vedas and then develops through the Upanisads, Sutra literature, and layers of commentary after that. In this sense Indian philosophy probably has a strong claim to have the longest continuous philosophical tradition, probably even longer than China given how early the Vedas get going though I wouldn't swear to this given my ignorance of very early Chinese literature.

Will you cover the Arthahastra in more detail in later episodes?

I have an interest in "manuals for statecraft" and "mirrors for princes", and the Arthashastra is the best example of such a text I know of from Indian philosophy.

Yes, it is actually the main focus of episode 11 in this series, along with Ashoka.

So far in my life, I considered 'darshana' (to see) as the sole term which can signify something that can be called Indian Philosophy. Your proposal of 'anvikshiki' (inquiry) has made me conscious of the naivity, rather ignorance, with which I have been using various indian/native terms to think and talk about Indian Philosophy. For instance, previously in an essay I used tattva-mimansa for metaphysics and gyan-mimansa for epistemology.

Texts and Tagore in India timeline

Hi Dr. Adamson, Even if later India series takes a while, can you update the India timeline to feature Rabindranath Tagore (1861-1941) before Gandhi? That's chronologically accurate, and if you want to cite his most philosophically relevant text, I'd pick Nationalism and Crisis in Civilisation lecture, both constituting a powerful mini-course to his thinking.

Also, I see the India timeline mirrors Dr. Ganeri's in the Oxford Handbook of Indian Philosophy. Even this episode is a creative reimagining of the intro! So do you have plans to add each thinker's key text as an additional column, just like there is in the Handbook? Even OUP has made the timeline open-access, so I suppose copyright problems wouldn't arise so long as you credit and link to the source. And here it is: https://academic.oup.com/edited-volume/27982/chapter/211656615 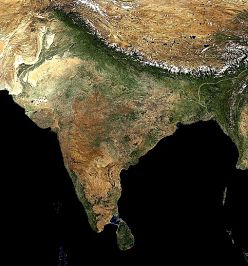