Classical Greek philosophy begins in the eastern Mediterranean in the 6th century BC, with the earliest thinkers of the city of Miletus. Along with later figures such as Heraclitus and Parmenides, they are the Pre-Socratics, who put forth pioneering speculations about the natural world, knowledge, and the gods. Things take a more ethical turn with Socrates, with his relentless questioning which challenges other citizens of Athens to give an account of their values. His student Plato, and Plato's student Aristotle, then set the agenda for the rest of the history of philosophy with wide-ranging inquiry into everything from logic and epistemology to beauty, virtue, and myth. This series of episodes concludes with a look at the immediate followers of Plato and Aristotle.

The book version of these podcasts is available from Oxford University Press.

For general bibliography see the top page of each sub-menu: 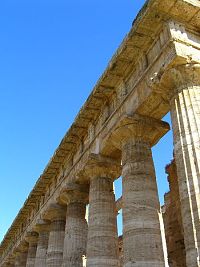