Peter speaks with Sarah Byers about the Stoic influence on Augustine's ethics and theory of action. 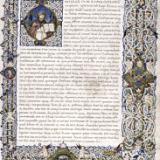 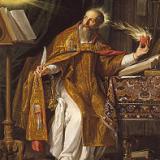 • S. Byers, "The Psychology of Compassion: A Reading of City of God 9.5" in The Cambridge Critical Guide to the City of God (Cambridge: 2012).

Just to say that if you notice a slight change in audio quality it is because this is for the first time recorded via Skype (Sarah was in Boston, I was in Munich). We think it sounds if not quite as good as the other interviews, then still pretty good - plus I really wanted to have her on the series! But I'd be grateful for any feedback on this aspect of the episode.

My current plan is to do further interviews via Skype occasionally, but I will do face-to-face recordings whenever possible.

Now the real question is why

It sounds just as good as before, maybe better, but sound only comes from the right speaker.

Great, thanks. I wonder if the right-left problem could be at your end? I just tried and on my earphones it is playing on both sides. Or is anyone else having this problem?

No sound problem for me both

No sound problem for me both with speaker or headphones.

Really enjoyed listening to it, lots to think about.

One complaint: it was too short!

Thanks! Glad you enjoyed it, I agree she was fascinating. By the way this is actually one of the longer episodes (in general the interviews run a bit longer but I try to keep them less than 30 minutes). So I'm glad you didn't think it was too long!

This interview is on fire!

Going through the series slowly. I've just made this quick account just to compliment on Sarah Byers outstanding rhetoric. So far in the series, this episode seems like the touchstone for the multiple person genre.

I'm really into how quickly and directly Sarah gets to her perspective. No "hmmmm", "ahh", or "...perhaps..." musings holding back the flow. Not only that, but she'll put out her opinion and then directly point to exact quotes and chapter for support. The decisive nature of her responses really grant an air of authority and passion for the subject.

Yes, I agree that this one was really good. I will make sure she sees your comment!

Hopefully, we'll hear her again on this podcast (though her work seems to focus a lot on Augustine).
You have to love the part when she replies "Yes, were we on a Hobbesian world...".

Yes, I agree wholeheartedly. This interview is on fire. Who cares about slightly reduced audio quality or longer (mildly off-brand) run-time when the content is as clear, decisive, and thought-provoking as this? Wow.

The only audio complaint I have with this episode is that Sarah Byers' vocal fry is torture to my ears (admittedly a dispreferred indifferent.)

You know this has been a huge matter of debate right, I mean, the gender politics of criticizing vocal fry (and upspeak)? See for instance this NPR story.

I think this is the best interview I've listened to so far.  Dr Byers had an immediate mastery of the material and was excellent at translating that mastery into words.

Yes she was great! I'll make sure she gets the positive feedback.

I seem to be stuck here with two problems that I can't make sense of:

The first problem is if that if for Agustine Grace is necessary for not only the impression but also the assent to conversion to Christianity and Salvation, then how can one talk about it being a free choice? It seems like either God is taking the choice for us or that God's assistance is necessary for one to be able to make that choice. Either way, it seems that one is not free in making this most important of choices. If one could borrow (what I understand to be) a Stoic term, every other choice compared to the choice of conversion seems like a preferred indifferent, since as with virtue for the Stoics only Salvation would lead to true happiness. Even if we were to follow Plotinus's views on freedom would this also not be a free choice either, as we would not be the effective causes of it but rather God Himself?

If I am only responsible for what I do with my own will, how can I be responsible for this choice if it seems to be (at least if I understood Byers description right) such a heavily guided choice, if not completely made by God? Does this mean that the one choice on which my happiness is dependent (for this life and the one hereafter) is the one choice not made by me?

If instead, it is God's aid that is necessary to present this choice and allow the will to make this decision, this still means that one is not truly free without God's help. This seems like an attractive proposition at first, making Grace an act of merciful liberation. But then again, would this mean that there was no free choice (or at least one that mattered) for anyone living from the expulsion from the Garden of Eden to the sacrifice of Christ? And if people could not choose for Salvation then, how could they be held responsible for a choice they couldn't make? Does that mean free will is only reserved for choices that do not really matter in the grand scheme of things, making freedom of choice illusory or meaningless? Was Original Sin so pernicious because it was the last actual choice humanity had and it has been punished ever since, slaves to sin because of our literal incapacity for choosing Good?

I would find this to be either full of irony or contradictory to the biblical text since the inciting incident for this whole ordeal was eating the fruit of knowledge of good and evil, an event after which "knowledge" in stoic terms of episteme (if I understood it right) would be made impossible. Also, would that make both Adam and Eve stoic sages, yet ones that decided to stop having perfect knowledge?

And if Jesus, through His sacrifice restored to us this freedom, in terms of responsibility would it mean that only after Salvation we would be truly culpable of our choices if we were not to assent? Would this give more credence to the Donatist argument? And would Jesus's sacrifice become like a "but this time for real" fruit of knowledge unlike the falsely advertised one by the snake?

(long question and a lot of side questions I know)

The second thing I'm having trouble with (and this is a shorter one) is the metaphysical problem of evil in Augustine through the Platonist view of evil as non-being. In episode 90 you mentioned that for Plotinus "evils are then the holes in the swiss cheese of reality". With a God that is not a demiurge working with faulty materials but making everything ex-nihilo, how would these holes of absence and imperfections even happen? And since the Christian God as well as omnipotent and omniscient is also omnipresent, wouldn't the swiss cheese of reality have as many holes as if it was warmed up in a pot of fondue? Was omnipresence not yet part of Christian dogma and therefore not yet a problem?

I'm sorry if this is already addressed in an upcoming episode, or if I'm asking too many questions.

The questions you're posing there about Augustine's teaching on grace are the right ones to ask! As you'll see going through the rest of the podcast (and we'll get into more soon in the Reformation) this problem about reconciling the need for grace with free will was a long-running one in medieval and early modern philosophy. Various solutions were tried, e.g. that human will and God's gift of grace are jointly needed, or simply accepting determinism and holding that choice is compatible with that. Basically, stay tuned.

As far as evil goes, the point is precisely that God does not make evil, nothing makes evil because it is non-being or nothing and you can't make nothing. The fact that some things are subject to privation, lack, etc is simply because non-divine things are imperfect: God makes them and gives them the amount of goodness and being appropriate to them, but he doesn't have to give them (or create) evil or lack on top of that, any more than the cheesemaker has to make the holes. Notice this is really a problem about causation, not justifying why God would allow such privation or lack to occur; for that you need a different response. 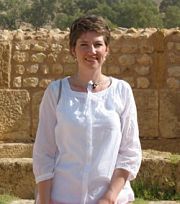